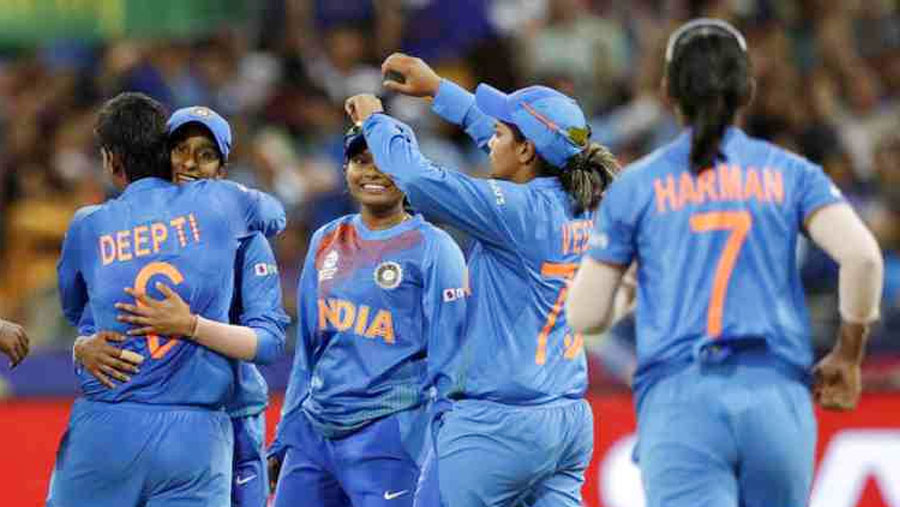 India secured the first of the semifinal spots at the Women's Twenty20 World Cup after holding off New Zealand for a three-run win at the Junction Oval on Thursday (Feb 27) to improve to 3-0 in the group stage.

India survived a late scare to edge past New Zealand by three runs in a thrilling finish to secure their place in the semi-finals of the Women's T20 World Cup.

India are two points clear at the top of Group A with a maximum six points from their first three games.

They play Sri Lanka in their final group game in Melbourne on Saturday, with New Zealand facing Bangladesh at the same venue on Friday.