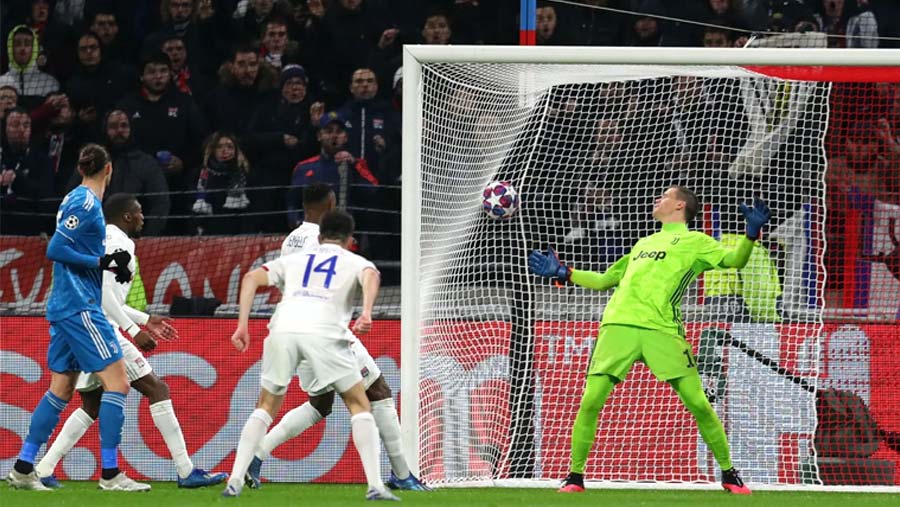 Juventus's hopes of reaching the Champions League last eight suffered a blow when the two-times European Cup winners slumped to a 1-0 defeat in their last-16 first leg at Olympique Lyonnais on Wednesday (Feb 26 ).

Lyon produced a spirited display to take a surprise lead after the first leg of their Champions League last-16 tie with Juventus.

Lucas Tousart scored the only goal in the first half as the hosts claimed their first victory over the Italian giants.

Juve started confidently but failed to create any clear chances before Tousart converted Houssem Aouar's cross from close range to hand the Ligue 1 side the lead.

The visitors continued to have more possession but they struggled to penetrate the resolute Lyon defence, failing to register a single shot on target.

With the clock ticking down, Juve ramped up the pressure, but Paulo Dybala's late strike was ruled out for offside.