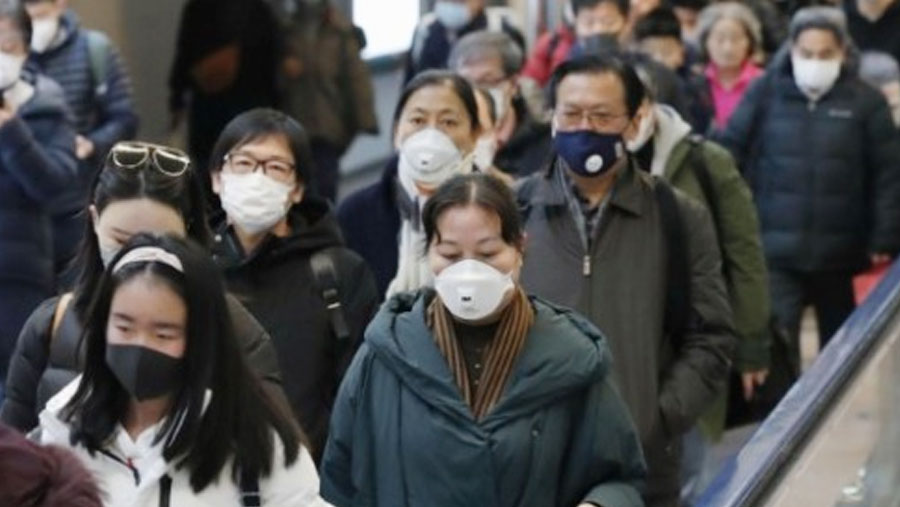 China says the number the of new virus cases rose by just 394 from the previous day, with a rise in the death of 114. The new figures Thursday followed an effort in the epicenter of the outbreak, the city of Wuhan, to go door-to-door to find every infected person. Most of the tens of thousands of cases have been in Hubei province, where Wuhan is the capital. The new daily figure is a notable drop from the 1,749 cases recorded the previous day.

China reported a big drop in new coronavirus cases on Thursday (Feb 20), fuelling hopes the epidemic is nearing its peak, but Japan faced a growing crisis as two passengers from a quarantined cruise ship died.

The death toll rose in China hit 2,118 as 114 more people died, but health officials reported the lowest number of new cases there in nearly a month, including in the hardest-hit province, Hubei.

More than 74,000 people have been infected in China and hundreds more in some 25 countries, with Iran reporting two deaths, the first fatalities in the Middle East.

In Japan, a man and a woman in their 80s who had been aboard the Diamond Princess have died, local media reported, citing a government source.

A World Health Organization official noted the progress in China but warned it had not reached a turning point just yet.

Chinese officials said this week that their drastic containment efforts, including quarantining tens of millions of people in Hubei and restricting movements in other cities nationwide, have started to pay off.

“After arduous efforts, the situation is changing for the better,” Foreign Minister Wang Yi said at a meeting with Southeast Asian counterparts in Laos late Wednesday, according to the official Xinhua news agency.

Hubei and its capital Wuhan — where the virus is believed to have emerged in December — are still “severely affected” by the epidemic, Wang said.

“But the situation is under effective control, while other regions are embracing comforting news,” he said.