Messi shares Sportsman of the Year award with Hamilton 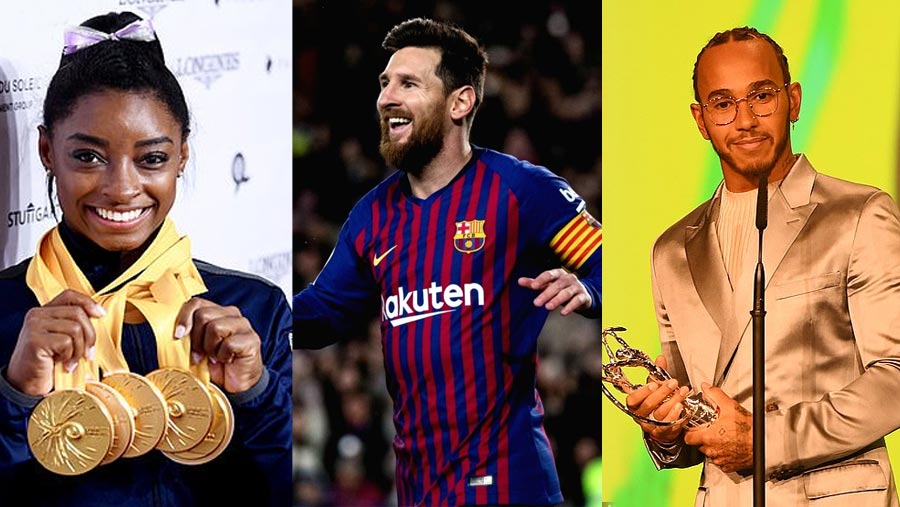 Formula One champion Lewis Hamilton and football superstar Lionel Messi shared the Laureus sportsman of the year award at Monday's ceremony in Berlin. Hamilton, 35, a six-time world champion and F.C. Barcelona star Messi, 32, share the award for their achievements in 2019. This is the first time a footballer has won the award and also the first occasion in the event's 20-year history when the jury reached a tied decision.

F.C. Barcelona forward Lionel Messi and Formula One driver Lewis Hamilton became the first joint-winners of the Laureus World Sportsman of the Year on Monday (Feb 17).

Messi and Hamilton were level on votes made by former sports legends who are members of the Laureus Academy.

Argentina international Messi inspired Barca to a 26th La Liga title last season with 36 goals in 34 appearances, form that earned him a record sixth Ballon d'Or. He has already netted 19 in 27 games this term.

Mercedes driver Hamilton was crowned F1 world champion for the sixth time in 2019, putting him second only to Michael Schumacher on the all-time list.

Hamilton was in Berlin to collect his award in person, while Messi – the first individual from a team sport to claim the prize – sent a video message.

"I would like to thank the Academy for giving me this recognition. The truth is that this is a very important and special award," said the 32-year-old Argentina star.

"I am honoured to be the first to win this award being a sportsperson coming from a team sport and not an individual sport, which is usually the case. Thank you very much.

"For me it's a huge delight to be part of this award and the first team player to receive it. Of course, I would like to thank my team-mates, my family and the fans who support me. Thanks to them this kind of individual recognition is possible."

Gymnast Simone Biles was named Laureus World Sportswoman of the Year having become the most decorated gymnast in world championship history and helped the United States to a fifth team title.

Cross-country skier Oksana Masters was handed the World Sportsperson of the Year with a Disability award.

South Africa men's rugby union side, who won the World Cup in 2019, were selected as the team of the year.