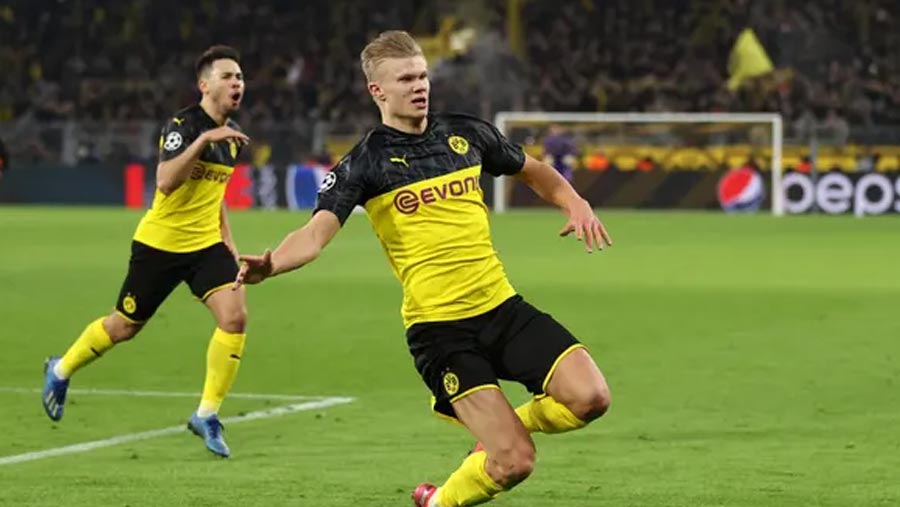 The Norwegian, 19, who joined in the last transfer window and has eight goals in five Bundesliga matches, stabbed in from close range after a quick-fire passing move in the 69th minute.

He then thundered home an unstoppable shot for his second goal in the 77th, two minutes after PSG's Brazilian forward Neymar had levelled for the French champions.

Haaland, the first Dortmund player to score in his first league, German Cup and Champions League matches, has reached 10 goals in seven games in Europe's elite competition this season, including eight for Salzburg in the group stage, faster than anyone.

He is only the second teenager to net 10 Champions League goals, after Kylian Mbappe, and is the first teenager to score 10 in a single campaign in the competition.

He is also the first player to score with two different teams in the same season in the competition.

"I still need to improve, keep working," Haaland said. "I want to go far in the Champions League. With the second goal I enjoyed the moment."

PSG, who were eliminated at this stage of the competition in the previous three seasons, had fit-again Neymar and French striker Mbappe back in the starting lineup but were almost completely shut out by an efficient Dortmund backline.