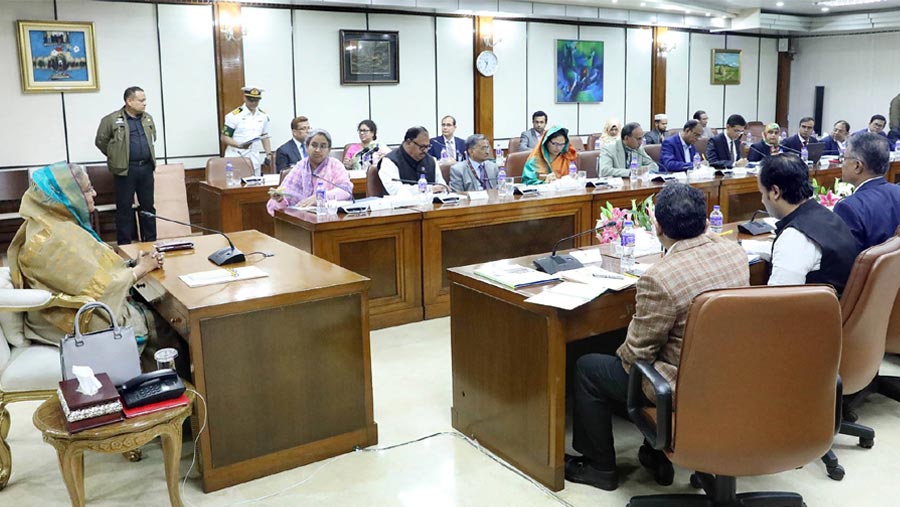 Prime Minister Sheikh Hasina on Sunday (Feb 16) stressed the need for allocating more money to technical and vocational training from the Prime Minister’s Education Assistance Trust to develop a skilled and efficient generation as they can be entrepreneurs instead of running after jobs.

“More money will be allocated to the students of technical and vocational educational institutes from the trust aimed at making the youths skilled and efficient ones as they can be entrepreneurs instead of running after jobs.”

Sheikh Hasina, also Chief Patron of the advisory council of the trust, said, “We should change the mindset of running after for jobs.”

She asked the youths to be employers instead of employees.

In this context, she said, “We have formed the trust to give educational assistance to talented but poor students as they can be self-reliant and thus their families.”

The premier said this when a proposal regarding providing educational assistance to the poor students, who are facing financial hardship to get admitted to the medicals, engineering and general universities for higher education, was placed before the meeting.

She, however, discouraged authorities concerned from abruptly providing stipends to the students saying they should not be encouraged to depend on the government’s subsidies.

Stressing the need for updating information on stipends, she directed the authorities to entrust officials of ministries concerned with the responsibilities.

She also gave her consent to a proposal of allocating Tk. 5 crore more as the seed money to give financial assistance to MPhil and Phd students. The government earlier gave Tk. 5 crore to this end.

The premier also suggested taking effective measures in allowing students to get admitted to educational institutions in accordance with their seat capacity.

She added: “I don’t understand how students are studying in a classroom having excessive number of students.”

Prime Minister’s Education Assistance Trust was constituted in 2012 aimed at providing scholarships to the poor and meritorious students deprived of the opportunity of education due to lack of money.

A total of Tk. 1,000 crore was given as seed money for the trust in the 2011-12 fiscal. As many as Tk. 550.90 crore have already been distributed among poor talented students as stipend and financial assistance since 2013.

The trust has decided to distribute over Tk. 111.40 crore among 209,600 poor students of private educational institutions this year.

Managing Director of the trust Additional Secretary Nasrin Afroz made a brief presentation on the overall activities of the trust and its future plan.