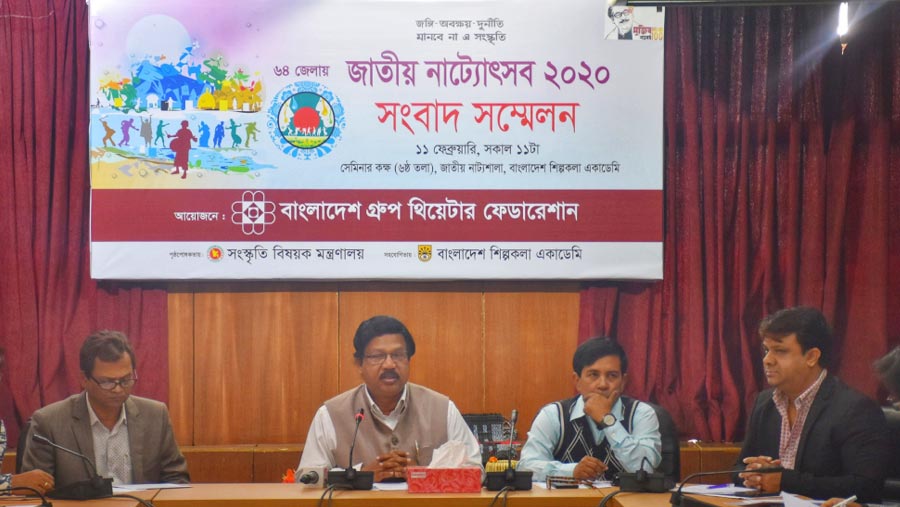 With the participation of 400 drama groups across 64 districts, the first ever National Drama Festival 2020 will begin at Bangladesh Shilpakala Academy on Wednesday (Feb 12).

Bangladesh Group Theatre Federation is organising the stage-drama extravaganza from Feb 12-29 in collaboration with the Ministry of Cultural Affairs and Bangladesh Shilpakala Academy.

Prime Minister Sheikh Hasina will inaugurate the 18-day-long festival on Wednesday through video conferencing from the PM’s official residence Ganabhaban. Shilpakala Academy’s divisional offices in Dhaka, Chattogram, Rajshahi, Rangpur and Sylhet will join the inauguration. Besides, the programme will also aired from the DC offices at the same time.

The mega festival will be joined by 30,000 drama activists from 400 drama groups of Bangladesh Group Theatre Federation.

A total of 302 dramas are scheduled to be staged in all the venues of Shilpakala Academy in those divisions and districts. Several plays will also be staged as street-drama.