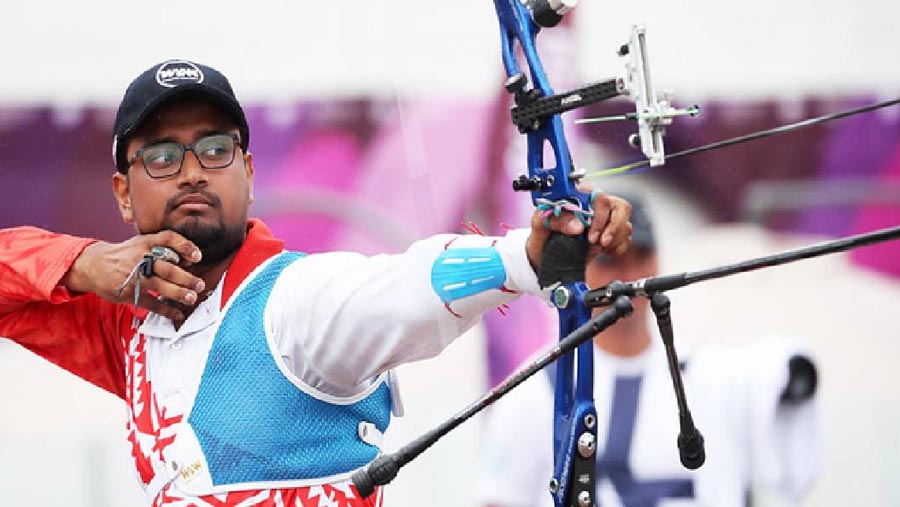 Mohammad Ruman Shana achieved yet another unprecedented feat as the premier Bangladeshi archer won the World Archery Breakthrough Athlete of the Year award for 2019, while the national team’s German coach Martin Frederick became the Coach of the Year.

The game’s international governing body announced the names of the nine winners in as many categories Monday (Feb 10) where Ruman was nominated for two awards, the other being Best Recurve Archer of the Year, which was bagged by five-time World Cup champion Brady Ellison of the USA.

“It feels great. Gratitude to everyone who supported me in this journey. I’m going to participate in different World Cup and Asia Cup archery tournaments in the next four months before the Tokyo Olympics. This award will definitely encourage me to do well in future,” said Ruman, the first Bangladeshi to win a World Archery award.

The awards for the Coach and Breakthrough Archer were chosen by expert panels, while the other awards were decided by a combination of public vote and expert panels.

Frederick, on the other hand, faced only two other nominees, Kisik Lee and Sally Park, to be adjudged Coach of the Year for the very first time in his three-decade coaching career.

The German coach said, “I was happy about the news and also for the award for Ruman. It’s a great honor from our World Federation. It’s a task at once to keep going strong.”

Ruman clinched one of the Asia Cup titles last year along with three gold medals in the 13th edition of the South Asian Games, but it was mainly the 24-year old’s historic bronze at the World Championships that put him ahead of the other nominees.