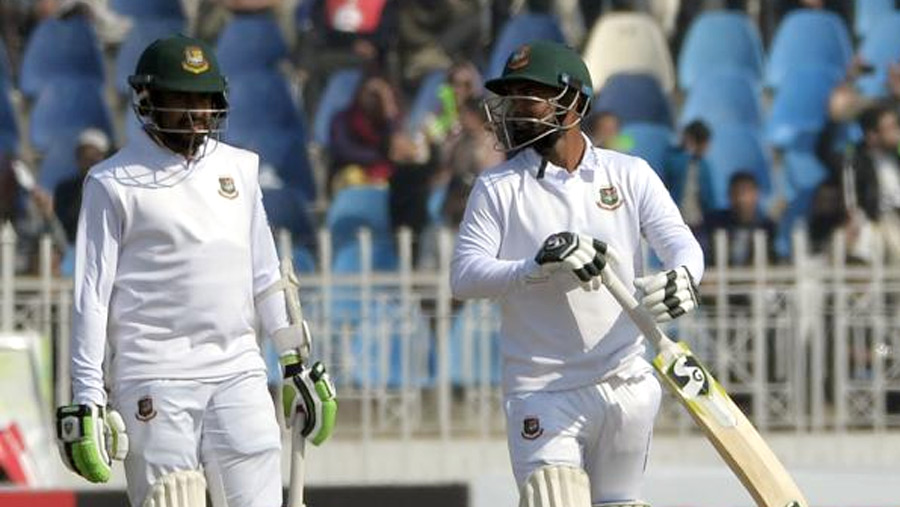 Bangladesh suffered a devastating innings defeat in against Pakistan in Rawalpindi on Monday (Feb 10). The Tigers lost the game by an innings and 44 runs in the morning session of day four.

It was the Tigers' third innings defeat in their last three Tests.

Bangladesh needed to score at least 86 runs to send Pakistan to bat again, but the Tigers tumbled after adding only 42 runs losing the last four wickets. After scoring 233 in the first innings, Bangladesh tumbled for 168 all-out in 62.2 in the second innings.

Bangladesh started the second innings well as they were 124 for two at one stage. But losing five quick wickets thanks to a hat-trick by Naseem Shah undone Bangladesh’s initial good work, and as a result, Tigers went down to 130 for seven from 124 for two.

Mominul Haque was the highest scorer for Bangladesh in the second innings hitting 41 off 93 with five fours while Tamim Iqbal posted 34 and Liton Das added 29.

Naseem and Yasir Shah bagged four wickets each conceding 26 and 58 runs respectively while Shaheen Afridi and Mohammad Abbas scalped one each.

In their only innings of the game, Pakistan posted 445 runs with the help of superb batting efforts by Shan Masood (100) and Babar Azam (143). Asad Shafiq (65) and Haris Sohail (75) also contributed valuable runs for the team.

With the defeat of this game, Bangladesh lost all three of their World Test Championship matches. Their first two defeats came against India at the end of last year.

Bangladesh will tour Pakistan again in April to play an one-day international and second Test of the two-match series. Both of the matches will take place in Karachi.