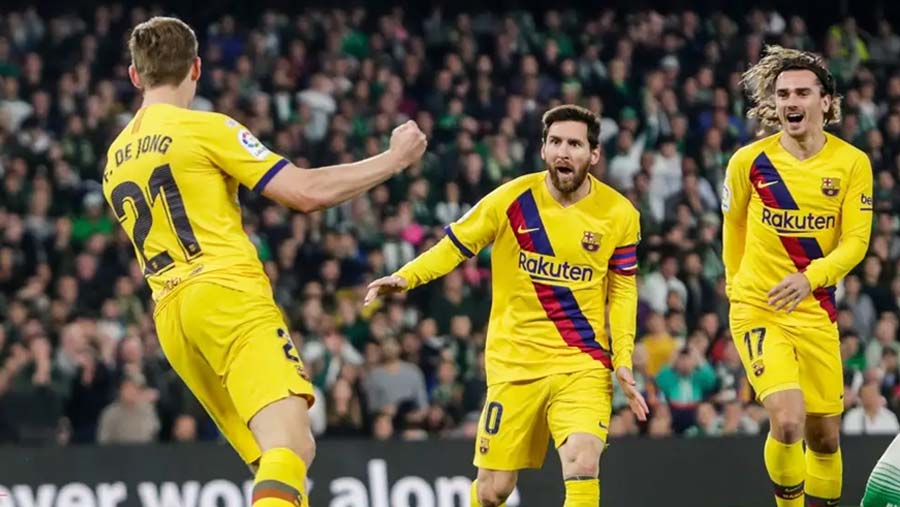 Lionel Messi inspired F.C. Barcelona to a thrilling 3-2 win over Real Betis on Sunday (Feb 9) in La Liga, registering three assists as the Blaugrana twice came from behind to secure a crucial victory.

Trailing 3-2, Betis were reduced to 10 men after Nabil Fekir received two yellow cards in quick succession but Lenglet's dismissal made for a tense finale.

It had been a difficult week for Barcelona after they were dumped out of the Copa del Rey at the quarter-final stage by Athletic Bilbao and the club's sporting director Eric Abidal publically criticised the players for not working hard enough.

Things worsened for Quique Setien's side after Lenglet handled in the box inside the opening five minutes and former Real Madrid player Canales confidently converted from the spot.

But Barca fought hard to twice level, De Jong and Busquets both also converting from Messi assists, before sustained pressure in the second period eventually wore the hosts down.

Setien's chasing side remain in touch with Zinedine Zidane's Real Madrid, who they will face in La Liga in three weeks time.