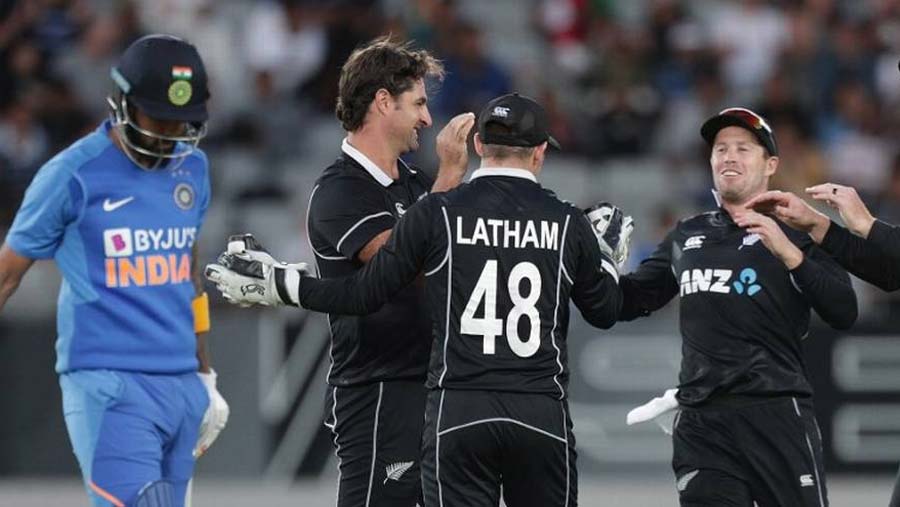 After losing the Twenty20I series 5-0, New Zealand bounced back strongly thrashing India in the second One-Day International (ODI) at Eden Park in Auckland on Saturday (Feb 8) and clinched the three-match series.

New Zealand defeated India by 22 runs in the second one-day international in Auckland on Saturday (Feb 8).

Tim Southee, Kyle Jamieson, Hamish Bennett and Colin de Grandhomme all picked up two wickets each as India lost the series with a match to spare.

Chasing 274 for the win, Shreyas Iyer scored his seventh ODI half-century. Ravindra Jadeja stitched together a 76-run partnership with Navdeep Saini, who also chipped in with a cameo of 45.

Earlier, after being sent into bat, New Zealand posted a challenging total of 273 for eight.

Martin Guptill top-scored with a knock of 79 while Ross Taylor stayed unbeaten on 73.

With the series already decided, both the teams will lock horns in the final ODI which will be played in Mount Maunganui on Tuesday.