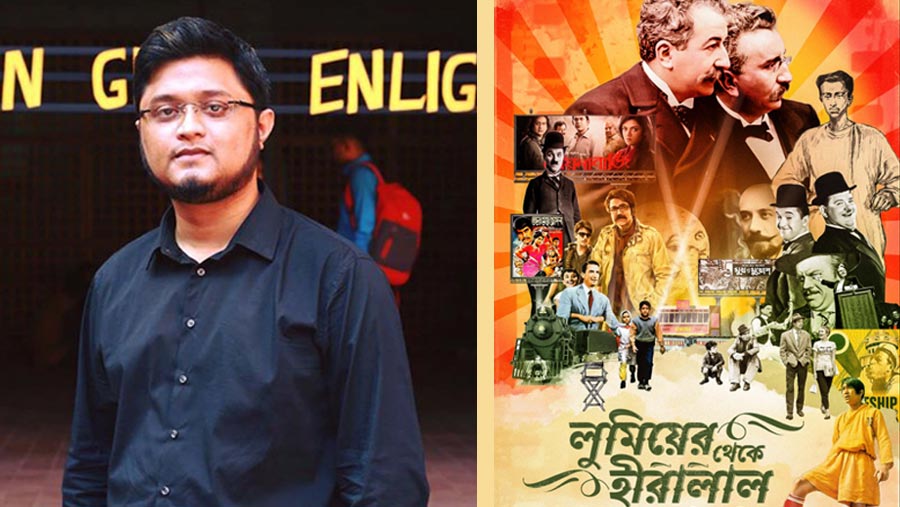 On the history and progress of world cinema, author Md. Altamis Nabil penned a research book tilted 'Lumiere Theke Hiralal' (from Lumier to Hiralal), at the 2020 Amar Ekushey Book Fair. The book has been published by Chhayabithi Publications.

Referring to the book, Altamis Nabil said, "The book is intended for the cinema lovers who mostly indulge in 'Hollywood-Bollywood' movies! The book discusses the history of using simple language in film or cinema movements around the world that changed the language in films, the beginning of cinema in India and Bangladesh, modern movies in Bangladesh, and some other discussions about world movies.”

"The book is being dubbed as the history of world cinema - a simple text for progress. If anyone wants to know what the book's specialty is, I will say one thing for them, and that is - its simplicity. The book is not written for any academic purpose at all, it contains the most basic information about the history of world cinema. Its readers are the general people who are interested in films, and after reading the book, movies will become a source of topics to contemplate rather than only entertainment.”

The book tributed to the brothers of Lumiere, the first successful exhibitor of worldwide movies, and to Hiralal Sen, who brought cinema to India in actual. It was written in Bangla language.

Altamis Nabil is currently working in a multinational company as a digital service specialist in addition to writing and making documentaries. He is also serving as the General Legal Counselor of the non-profit international organization Junior Chamber International’s (JCI) Dhaka West chapter.

This is his second publications. Earlier, the writer published his research work on the film work of Satyajit Ray, 'Maharaja Tomare Salem'.

‘Lumiere to Hiralal’ has been priced at Tk. 300, and its cover was designed by Sajjadul Islam Sayem.

The book is available in the stall of Chhayabithi Publications (Suhrawardy Udyan, stall no. 280-282) at the book fair. Apart from this, it can also be purchased from the popular e-commerce site rokomari.com and in major bookstores across the country.