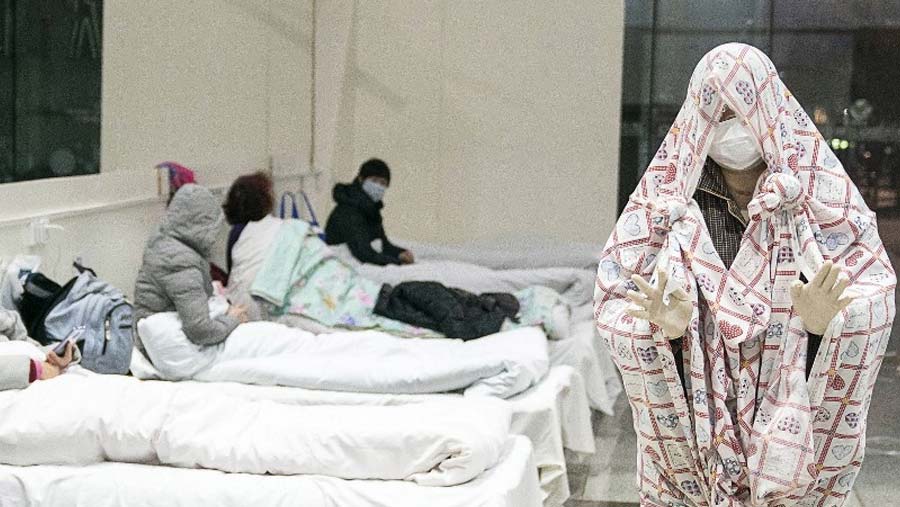 The official Chinese death toll from the coronavirus outbreak rose on Friday (Feb 7) to 636, with the government saying total infections had climbed past 30,000.

The toll was raised by 73 new deaths from the epidemic, the National Health Commission said in its daily update.

Another 3,143 new cases of infection were confirmed, bringing total infections in the country thus far to 31,161, it said.

The central province of Hubei where the virus originated continued to be hardest-hit, accounting for 69 of the new deaths reported in the 24 hours to Friday (Feb 7 ).

Of the reported infections, more than 4,800 of those people were in serious condition.

Chinese authorities are still struggling to contain the outbreak despite ordering millions of people indoors in a growing number of cities, with overwhelmed hospitals struggling to treat the surging numbers of ill.

The contagion emerged in the Hubei provincial capital of Wuhan in December, later spreading to the rest of China and more than two dozen other countries, prompting the World Health Organisation to declare a global emergency.

The number of confirmed infections in China could still grow significantly, with the health commission saying that more than 26,000 other people were “suspected” of having contracted the virus.