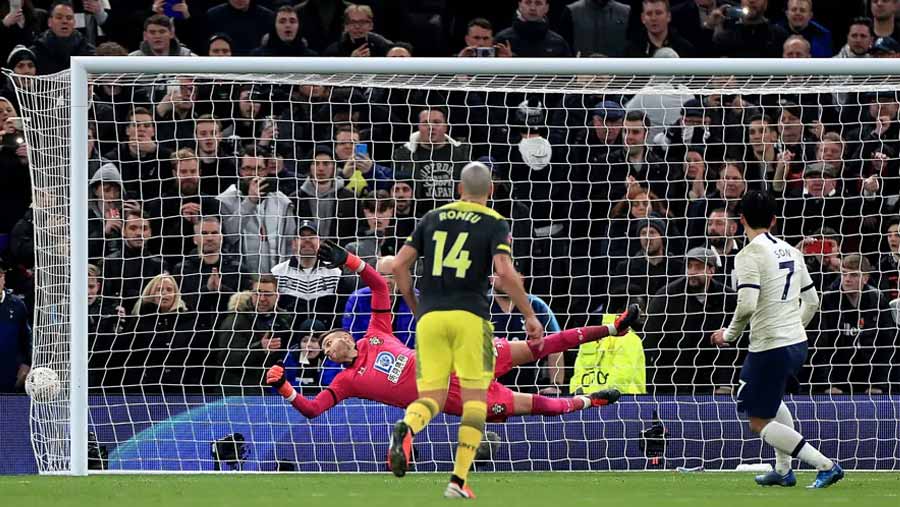 Tottenham recovered from 2-1 down to beat Southampton 3-2 in Wednesday's FA Cup fourth-round replay thanks to a couple of late goals.

Tottenham Hotspur F.C. battled past Southampton F.C. in a thrilling FA Cup fourth-round replay to set up a home tie against Norwich City.

Spurs went ahead when Tanguy Ndombele's shot deflected in off visiting defender Jack Stephens, before Shane Long made it 1-1 after Nathan Redmond's effort had been parried by Hugo Lloris.

Danny Ings curled a shot past Lloris to put the Saints ahead, but Lucas Moura equalised with a strike from 18 yards.

He had been fouled by Southampton goalkeeper Angus Gunn after a fine pass from substitute Dele Alli had created the opportunity.

For the Saints, midfielder James Ward-Prowse was carried off on a stretcher in the first half with a knee injury.

Spurs will host Norwich, bottom of the Premier League, in round five in a midweek match to be played on Mar 3, 4 or 5.