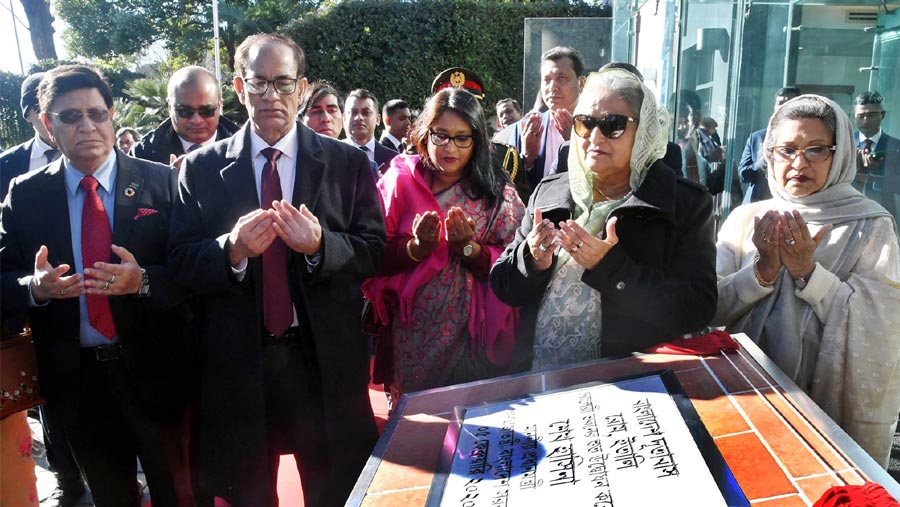 Prime Minister Sheikh Hasina today inaugurated the Chancery Building of Bangladesh Embassy in Rome. The PM formally opened the five-storey chancery building constructed on 23.9 kathas of land by unveiling its plaque in Via Dell’Antartide area in the capital of Italy this morning. A munajat was offered on the occasion seeking continued peace, progress and development of the nation.

Later, the PM went round different sections of the chancery building. She also signed the visitors’ book there, local media reported.

Sheikh Hasina arrived in Rome on Tuesday (Feb 4) on a four-day official visit to Italy at the invitation of Italian Premier Giuseppe Conte.