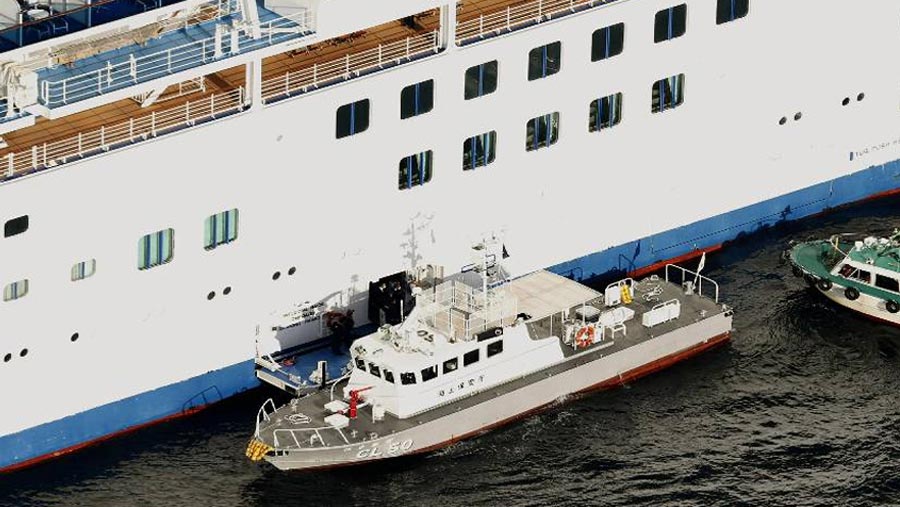 Deaths from a new virus rose to 490 in mainland China on Wednesday (Feb 5) while new cases on a Japanese cruise ship, in Hong Kong and in Thailand showed the increasing spread of the outbreak and renewed attention toward containing it. Ten people from the cruise ship tested positive and were taken to hospitals, while all 3,700 crew and passengers on the ship will be quarantined on board for up to 14 days, Japanese Health Minister said. More tests are pending.

At least 10 people on board a cruise ship docked in the Japanese port of Yokohama have tested positive for coronavirus, health authorities said. Almost 300 of the 3,700 people on the Diamond Princess have been tested so far. The number of infected could rise as testing continues.

The checks began after an 80-year-old Hong Kong man who had been on the ship last month fell ill with the virus. All 10 cases are in those over the age of 50, Japanese broadcaster NHK said.

"We had them [the ones who tested positive] get off the vessel and... we are sending them to medical organisations," he said at a news conference on Wednesday.