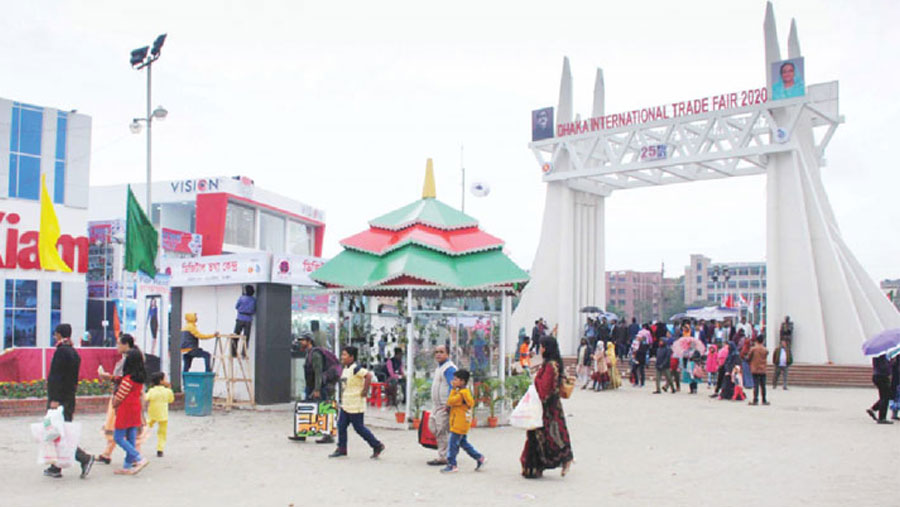 The period of the ongoing Dhaka International Trade Fair has been extended by two more days, and now it will continue till Feb 6.

Commerce Secretary Md Zafar Uddin told this on Monday (Feb 3) after holding meeting with the concerned officials and businessmen on the DITF premises in the city’s Sher-e-Bangla Nagar area, local media reported.

The businessmen earlier demanded to extend the tenure of the fair since it was closed for three days on Jan 10 and 31 and Feb 1.

Following the demand, the Export Promotion Bureau (EPB) had initially extended the timeframe of the fair till Feb 4. But, with the latest extension, the DITF will now continue till Feb 6.

Like the previous years, Prime Minister Sheikh Hasina inaugurated the month-long DITF on Jan 1 this year.