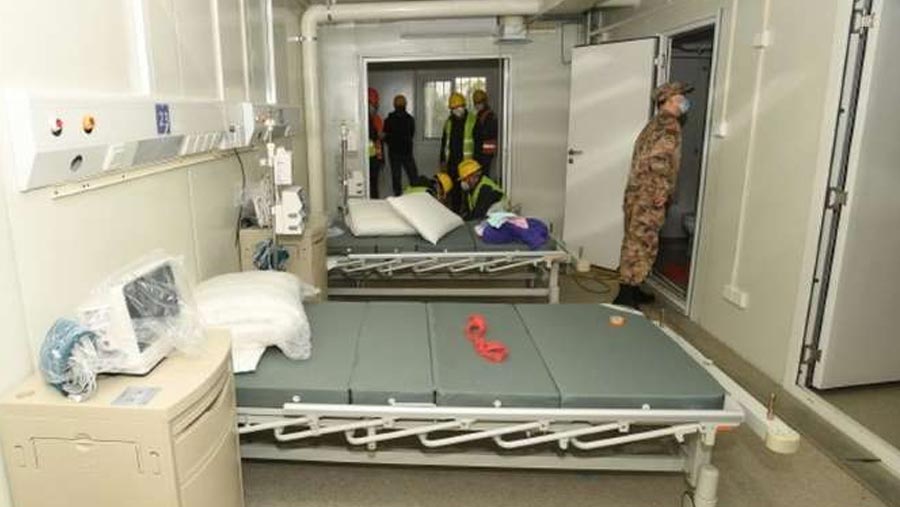 China is set to open a new hospital in the city at the centre of the coronavirus outbreak, as the numbers of people infected continue to grow. Wuhan's 1,000-bed Huoshenshan Hospital, built in just eight days, is one of two dedicated facilities being constructed to help tackle the outbreak.

China is struggling to deal with the virus, with more than 17,000 confirmed cases and 361 deaths.

Many countries have barred foreigners arriving from China and are quarantining their own citizens.

Latest figures from China's National Health Commission on Monday revealed that, alongside the confirmed cases, there were:

There have been more than 150 confirmed cases of the virus outside China.

Hospitals in the province of Hubei - where Wuhan is located - are reportedly overwhelmed and struggling to treat the growing number of patients.

On Monday, hundreds of non-essential medical workers in Hong Kong went on strike - demanding that the territory's border with mainland China be completely closed.

The territory's authorities have refuseds, citing World Health Organization recommendations to introduce screening at borders - rather than closing them.

A newly formed medical union said frontline workers - including doctors and nurses - would strike on Tuesday if their demands were not met.

The number of coronavirus cases worldwide has overtaken that of the similar SARS epidemic, which spread to more than two dozen countries in 2003.

But the mortality rate of the new virus is much lower, suggesting it is not as deadly.