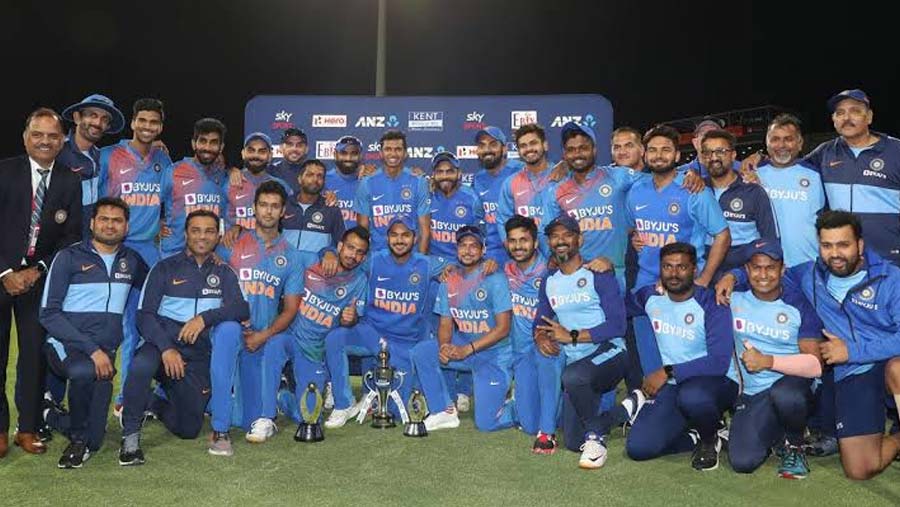 India registered a rare 5-0 whitewash against New Zealand after notching up a seven-run win in the fifth and final Twenty20 International at Bay Oval, Mount Maungani on Sunday (Feb 2).

Electing to bat, India posted 163 for three, riding on Rohit Sharma's 60 off 41 balls and a 33-ball 45 from K L Rahul. The visitors then restricted the hosts to 156 for nine with Jasprit Bumrah claiming three wickets for 12 runs.

Chasing the target, the Black Caps were tottering at 17 for three in 3.2 overs. Tim Seifert (50) and Ross Taylor (53) then added 99 runs for the fourth wicket as New Zealand recovered to 116. Seifert clobbered a 30-ball 50 studded with five fours and three sixes, while Ross Taylor hit two sixes and five fours in his 47-ball 53-run innings.

However, once Seifert was dismissed in the 13th over, the hosts suffered a collapse, losing five wickets, including Taylor, for 25 runs to loss the plot in the end.