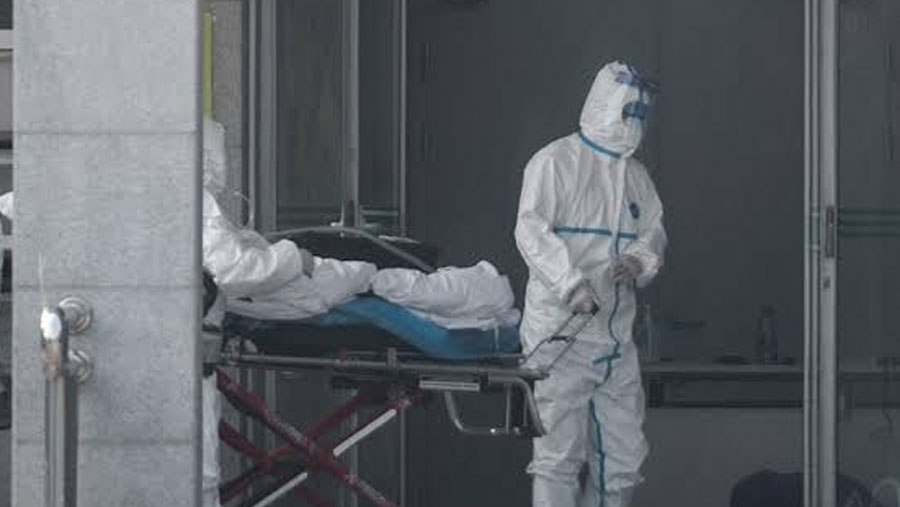 A man has died of the coronavirus in the Philippines in the virus's first confirmed fatality outside China. The patient was a 44-year-old Chinese man from Wuhan, in Hubei province, where the virus was first detected. He appeared to have been infected before arriving in the Philippines, the World Health Organization said.

More than 300 people have died in the outbreak so far, the vast majority from Hubei, and more than 14,000 people have been infected.

The United States, Australia and an increasing number of other countries have barred the arrival of foreigners from China and are requiring their own citizens to undergo quarantine.

The number of coronavirus cases worldwide has overtaken that of the similar SARS epidemic, which spread to more than two dozen countries in 2003. But the mortality rate of the new virus is much lower, suggesting it is not as deadly.

Countries and airlines around the world have limited their contact with China after the World Health Organization designated the coronavirus outbreak a “public health emergency of international concern.” The U.S. and Australia have raised their travel alerts for all of China to their highest levels, “Do Not Travel.”

New Zealand on Sunday also raised its travel advice to “Do Not Travel,” and placed temporary entry restrictions on all foreign nationals traveling from, or transiting through, mainland China.

The entry restrictions will take effect Monday and will be in place for up to 14 days, Prime Minister Jacinda Ardern said. New Zealand hasn’t yet had a confirmed case of the virus.