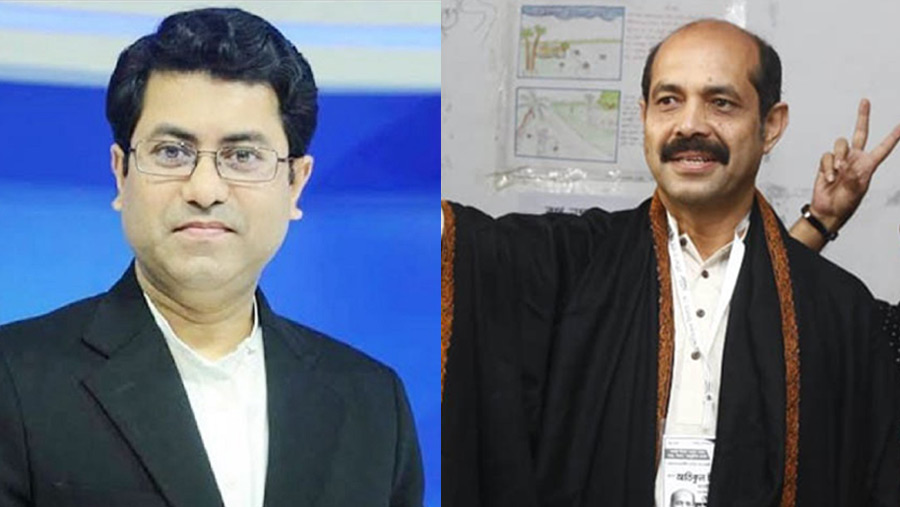 Bangladesh Awami League candidates Atiqul Islam and Barrister Sheikh Fazle Noor Taposh swept the elections as residents of the capital elected their mayors to hold the offices of Dhaka North City Corporation (DNCC) and Dhaka South City Corporation (DSCC) for next five years. Respective returning officers unofficially declared them elected after the daylong voting with electronic voting machines (EVMs), used entirely for the first time in any major election, while the formal results would be published later through gazette notifications. Returning Officers of DNCC and DSCC Md Abul Kashem and Md Abdul Baten declared separately the results of all 2,468 polling centers for polls at their respective makeshift offices at Shilpakala Academy and Sher-e-Bangla Agriculture University in the city.

DSCC Returning Officer Abdul Baten announced the results around 12:40 a.m. on Sunday. He said the voter turnout in the DSCC election was 29.002 percent.

Returning Officer Abul Kashem announced the results around 2:45 a.m. on Sunday. He said the voter turnout was 25.30 percent.

Earlier, balloting in the DNCC and DSCC elections ended on 4pm amid ‘low voter turnout’ and reports of sporadic violence and allegations of BNP agents being driven out of polling stations.

The full-fledged use of Electronic Voting Machines or EVMs for recording votes instead of traditional ballot papers evoked mixed reactions from both voters and politicians.

The voting began at 8am and continued till 4 p.m. without any break.

Chief Election Commissioner K M Nurul Huda said he was happy with the overall atmosphere during the Dhaka city elections.

While talking to reporters at the Nirbachan Bhaban in the evening, he also said the voter turnout in the elections was below 30 percent.