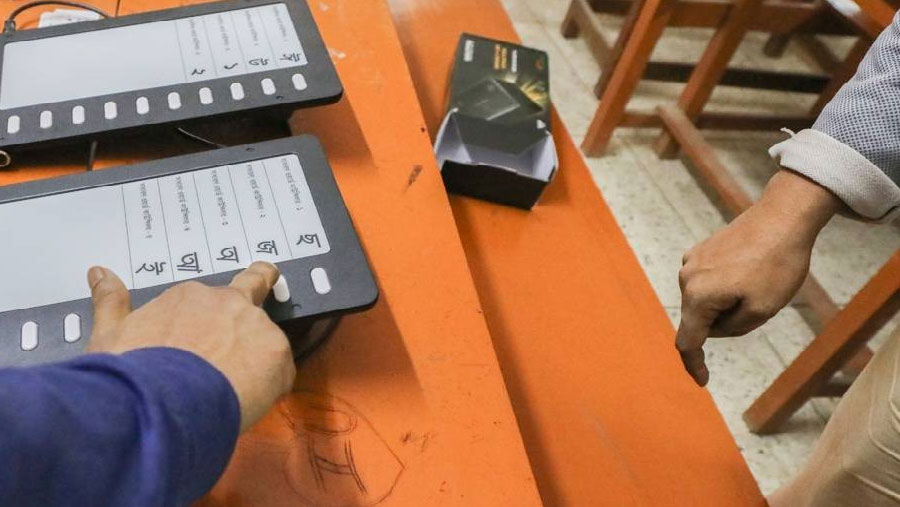 The full-fledged use of Electronic Voting Machines or EVMs for recording votes instead of traditional ballot papers evoked mixed reactions from both voters and politicians.

The voting began at 8 a.m. and continued till 4 p.m. without any break. The two city corporations had more than 5.45 million voters.

Though initial reports give an impression of low voter turnout, there was no official word yet on the turnout.

Awami League candidate Atiqul Islam and BNP’s Tabith Awal are leading the race for the mayor’s office in DNCC. In DSCC, the mayoral race is being led by Awami League’s Sheikh Fazle Noor Taposh and BNP’s Ishraque Hossain.

Tabith voiced doubts about fair voting and brought allegations, including obstruction of his agents from entering many polling centres and intimidating voters.

Chief Election Commissioner K M Nurul Huda said he was happy with the overall atmosphere of the Dhaka city elections and hoped that the voter turnout would increase with time.