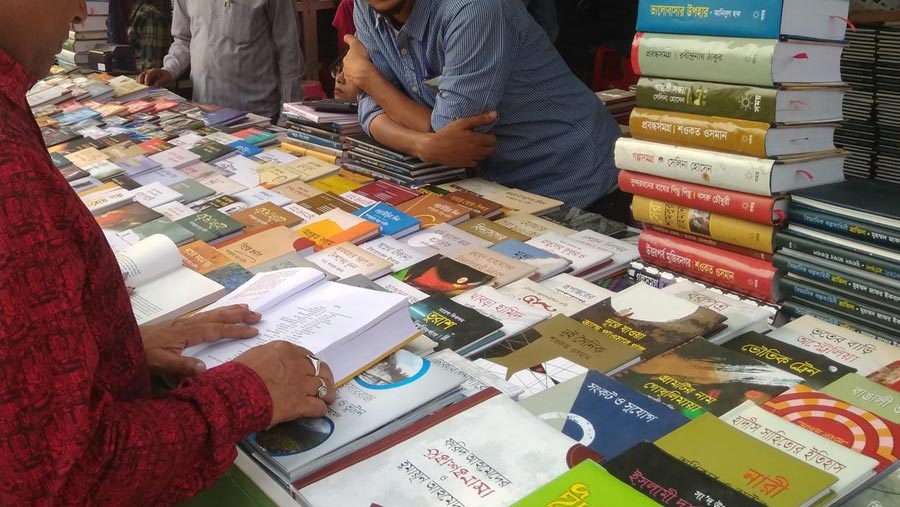 The month-long Amar Ekushey Granthomela (book fair) 2020, the country’s largest book fair, is set to commence on Feb 2 at the Bangla Academy premises and at its adjoining Suhrawardy Udyan, with a record number of 560 publishers participating this year.

Prime Minister Sheikh Hasina is expected to inaugurate the book fair and unveil the cover of the third book of Bangabandhu, authored by himself, titled “Amar Dekha Naya Chin” (The New China as I Saw) at the opening ceremony in the afternoon, local media reported.

“This year’s fair will be bigger than ever before in terms of participation of the publishing houses,” said Dr Jalal Ahmed, member secretary of the fair organising committee at a press conference on Thursday.

Jalal said more than 300 CCTV cameras had already been installed for security purposes.

Siraji said 25 discussions will be held on 26 books, written on Bangabandhu’s life and works, in the month long book fair.

There will be strict security arrangements in and around the book fair venue to avert any unpleasant incident during the fair and 1500 men of law enforcement agencies will be deployed, he added.

Marking the ‘Mujib Barsho’, Bangla Academy has planned to publish 100 books on the life and works of Bangabandhu over the next three years and as part of it, the academy will publish 28 books this year.

“All of our arrangements, publications and exhibitions are centering Bangabandhu and his birth centenary and we will organize seminars and different competitions highlighting the life and works of the great leader”, Dr Jalal Ahmed, member secretary of the fair organizing committee told.

This year, Amar Ekushey Book Fair wore a new look as the fair venue have been decorated with colourful portraits and historic photographs of the Father of the Nation Bangabandhu Sheikh Mujibur Rahman.

While visiting the spot it was seen that two bookstalls have been made in the shape of Bangabandhu’s house at Dhanmondi 32 along with setting five installations on Bangabandhu at different points of the fair ground.

Many book publishers have put Bangabandhu’s portraits on their signboards in different styles marking the Mujib Barsho.

Besides, the Bangla Academy as part of its routine work will publish around 200 books, a good number of those on Bangabandhu.

The book fair began informally on the Bangla Academy premises in 1972. In 1978, the academy officially organising the fair every year.