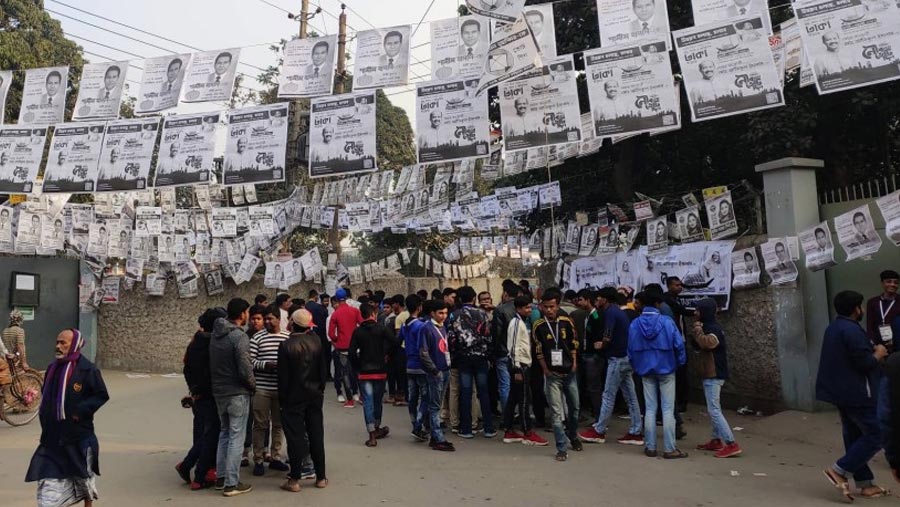 The elections to Dhaka north and south city corporations began through the electronic voting machine (EVM) method for the first time in this major local body polls. Beginning at 8 a.m., the voting will continue till 4 p.m. without any break.

Chief Election Commissioner K M Nurul Huda said a peaceful atmosphere is prevailing for the polls. He urged the voters to go to polling centres without any fear to exercise their franchise.

Senior Secretary of Election Commission Secretariat Md Alamgir told media that the commission has taken adequate measures to ensure security for voters, officers and employees involved with the polls and the polling agents.

Earlier, electioneering for the Dhaka city polls ended at 12 midnight on Thursday in line with the electoral rules.

Marking the polls, motorcycle movement has already been stopped since Jan 30 midnight and the bar will stay till 6 a.m. on Feb 2 while all kinds of vehicular movement will remain stopped from midnight on Jan 31 to 6 p.m. Feb 1.

Around 50,000 members of law enforcement agencies have been deployed in the two city corporations to ensure the security.

As per the directives of the EC, respective forces have deployed their members at specific places.

A total of 129 executive magistrates and 64 judicial magistrates have also been deployed in the two city corporations.

Fifty four executive magistrates are staying in the election field in Dhaka north while 75 more in Dhaka south city corporation.

A total of 1013 local observers of 22 institutions are monitoring the polls while 74 persons are working as foreign observers.