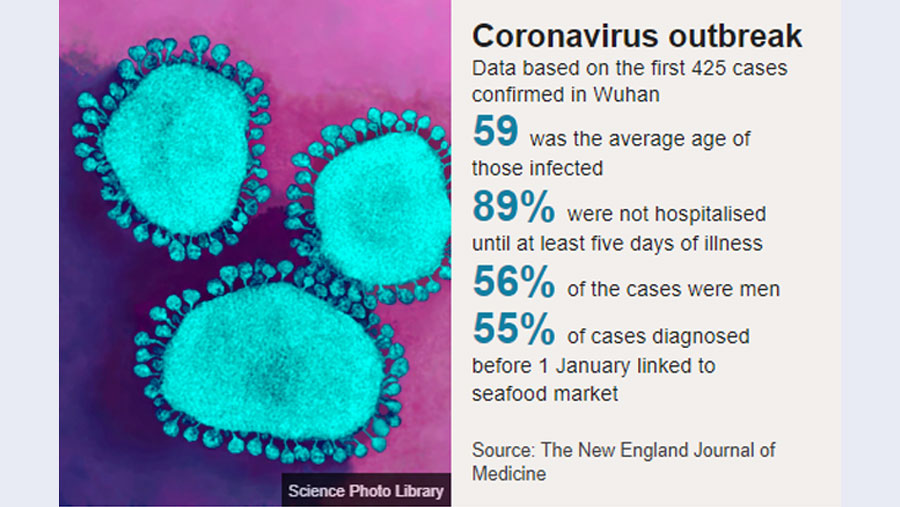 The new coronavirus has been declared a global emergency by the World Health Organization, as the outbreak continues to spread outside China.

The concern is that it could spread to countries with weaker health systems.

At least 213 people have died from the virus in China.

The WHO said there had been 98 cases in 18 other countries, but no deaths. Most cases have emerged in people who have travelled from the Chinese city of Wuhan, where the outbreak began.

However, there have been eight cases of human-to-human infection - in Germany, Japan, Vietnam and the United States.

He praised the "extraordinary measures" Chinese authorities had taken to prevent it from spreading and said there was no reason to limit trade or travel to China, adding: "Let me be clear, this declaration is not a vote of no confidence in China".

But various countries have taken steps to close borders or cancel flights in recent days, and companies like Google, Ikea, Starbucks and Tesla have closed their shops or stopped operations.