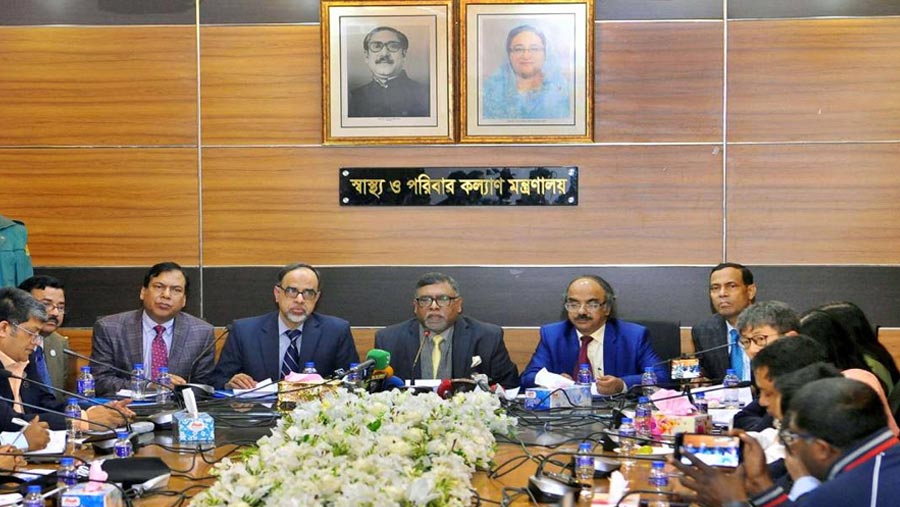 Health Minister Zahid Maleque on Tuesday (Jan 28) said there is nothing to worry about coronavirus as no such patient has been detected in Bangladesh yet. The minister said this at a press conference at the Secretariat after an inter-ministerial meeting, local media reported.

“We’re working so that the virus cannot enter Bangladesh,” he said adding that the government is fully ready to face the situation even if the virus infects anyone.

Chinese health authorities on Tuesday announced that 4,515 confirmed cases of pneumonia caused by the novel coronavirus (2019-nCoV) had been reported in 30 provincial-level regions by the end of Monday.

A total of 106 people died of the disease, Xinhua reported.

He said all the civil surgeons have been directed to make arrangements of treatment at hospitals while Kurmitola General Hospital and Infectious Diseases Hospital in Dhaka to take special measures for providing treatment to coronavirus-infected people.

“No one of the 300 Bangladeshi students living in China has been infected with the virus so far,” he added.

The 14-day deadline will end on February 6, said a Foreign Ministry official.

About travelling to China, the minister said no ban has yet been imposed on travelling to China, “but we’ll follow the instructions from the World Health Organisation (WHO) in this regard. I’ll suggest those who travel to China for many reasons to refrain from doing so for some days.”

Prof Abul Kalam Azad, director, Directorate General of Health Services, said the Chinese patient is doing well now and wants to leave the hospital, “but we’ve told him to remain under observation for a few days more.”