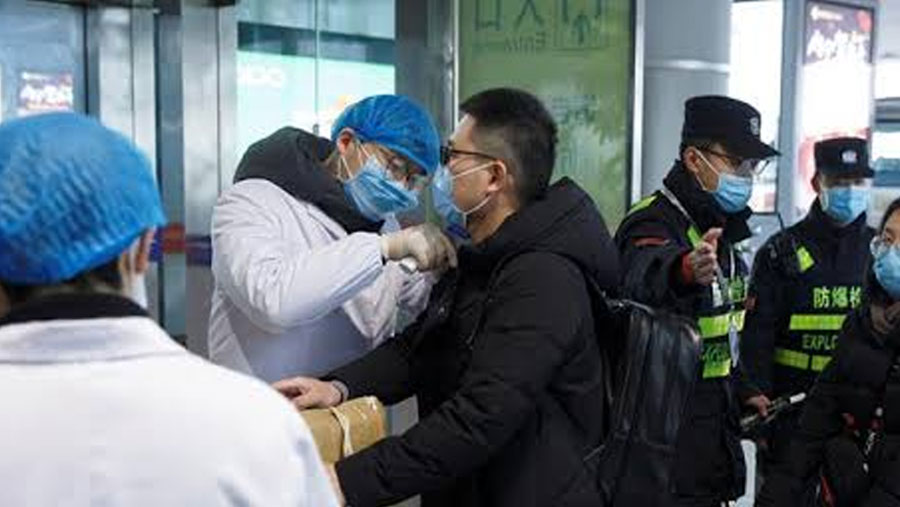 China says 106 people have died from the new coronavirus and the cases of newly infected have almost doubled. The number of total confirmed cases in China rose to 4,515 as of 27 January, up from 2,835 a day earlier.

The country has meanwhile further tightened travel restrictions to try and curb the spread of the virus. The city of Wuhan, thought to be the epicentre of it, is already in effective lockdown as is much of surrounding Hubei province.

The coronavirus causes severe acute respiratory infection and there is no specific cure or vaccine.

Most of the deaths have been of elderly people or those with pre-existing respiratory problems.

What steps is China taking?

The outbreak of the virus comes during the Lunar New Year celebration which usually sees millions across the country on the move to visit relatives and friends.

Many of the new year festivities have been suspended and the holiday period has been extended by three days to Sunday, in an attempt to contain the spread.

Beijing has stopped most of the bus services into neighbouring Hubei province while both the capital and Shanghai have introduced a 14-day observation periods for people arriving from Hubei.

Of the 106 deaths in China, 100 were in Hubei province while the province's number of reported infections is at 2,714.

In Wuhan, travel from the city of 11 million people has been severely restricted and non-essential vehicles have been banned from the roads.

The city's mayor though said millions of travellers had left the city ahead of the holidays and before the lockdown.

The Disneyland attraction parks in Shanghai and Hong Kong have both been closed.

What is the situation internationally?

The United States, which has also had several infected cases, has urged its nationals to "reconsider travel" to China and is advising against travel to Hubei.

The country plans to fly consular staff and US citizens out of Wuhan in the coming days.

Many other countries have also warned against any non-essential travel to China while some are planning to help their citizens in Wuhan out of the country.

According to the World Health Organization and national authorities, there have been at least 47 confirmed cases outside China.

The latest case to be confirmed is in the German state of Bavaria, only the fourth so far in Europe.

So far, there have been no deaths outside China.