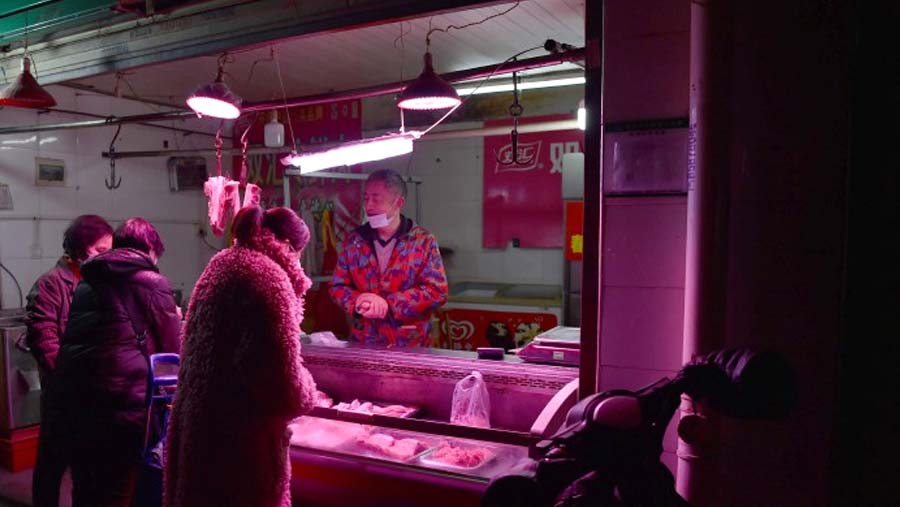 Chinese authorities announced a temporary ban on the trade of wild animals Sunday (Jan 26) following a viral outbreak in Wuhan, saying they will “severely investigate and punish” violators.

Local authorities will “strengthen inspections and severely investigate and punish those who are found in violation of the provisions of this announcement,” read the the ban issued by three government agencies.

No wildlife can be transported or sold in any markets or online, according to text of the announcement in state media. Suspected violators will be sent to security services, and their will be properties closed and sealed. Legal breeding centers will be quarantined.

The ban will continue until “the epidemic situation is lifted nationwide” in order to prevent the spread of the new coronavirus and block potential sources of infection and transmission.

The three agencies also opened a hotline where people can report violations, and called on the public to refrain from eating wild animal meat. The agencies are the State Administration of Market Regulation, Ministry of Agricultural and Rural Affairs and the National Forestry and Grassland Administration.

The wildlife ban comes as the new virus accelerated its spread in China with 56 deaths, and atleast 1,975 infections.

China cut off trains, planes and other links to Wuhan on Wednesday, as well as public transportation within the city, and has steadily expanded a lockdown to 16 surrounding cities with a combined population of more than 50 million — greater than that of New York, London, Paris and Moscow combined.

Demand for wild animals in Asia, especially China, is hastening the extinction of many species, on top of posing a perennial health threat that authorities have failed to fully address despite growing risks of a global pandemic.

In an earlier response to the crisis in Wuhan, China’s Agriculture Ministry issued an order for tightened controls on trade in wildlife.

A group of 19 prominent researchers from the Chinese Academy of Sciences, the Wuhan Institute of Virology and the nation’s top universities had called for the government in China to crack down on wildlife markets such as the one at the center of the Wuhan outbreak.

Illegal trade flourishes in “loopholes” of the legal wildlife trade in China and increases the probability of an outbreak, the group wrote in an open letter posted on Weibo. “This is the hidden danger for the trade and consumption” of wild animals, the letter read. They advocate vastly increasing on-site inspections and government oversight of all wildlife markets.

The New York-based Wildlife Conservation Society, meanwhile, appealed for an end to wildlife markets everywhere, not just in China.