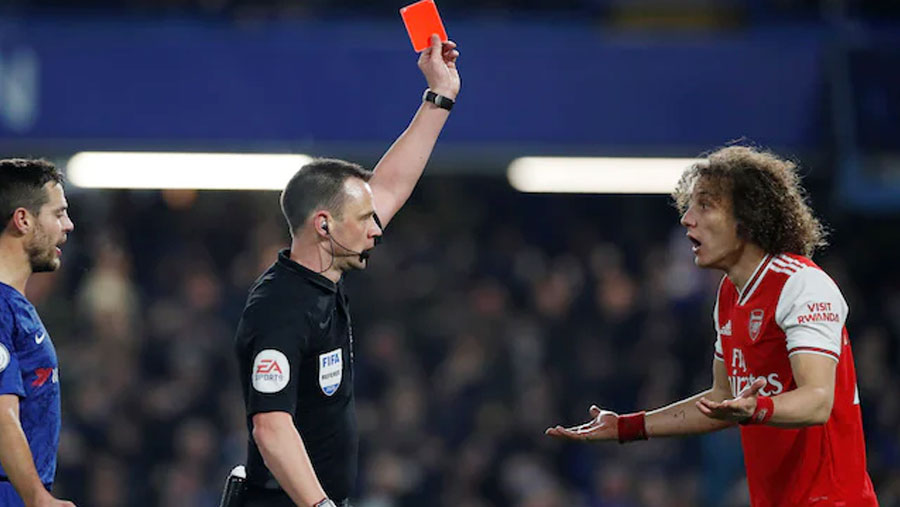 Arsenal have twice come from behind to earn a 2-2 draw with Chelsea, despite David Luiz being handed a red card during the first half of Tuesday (Jan 21) night's English Premier League contest at Stamford Bridge.

Hector Bellerin earned 10-man Arsenal a point as they battled back to draw with Chelsea at Stamford Bridge.

The Blues had twice taken the lead through Jorginho’s penalty and Cesar Azpilicueta’s tap in.

The Italian was given the chance from the spot after David Luiz had upended Tammy Abraham after he had rounded the keeper – the former Blues defender handed a red card.

Gabriel Martinelli then put the Gunners level with a break away goal, after N’golo Kante slipped, but Cesar Azpilicueta poked home what looked like a winner.

But Bellerin, making his first appearance since December slammed in a last gasp leveller – to keep the Gunners’ slim top four dreams alive.