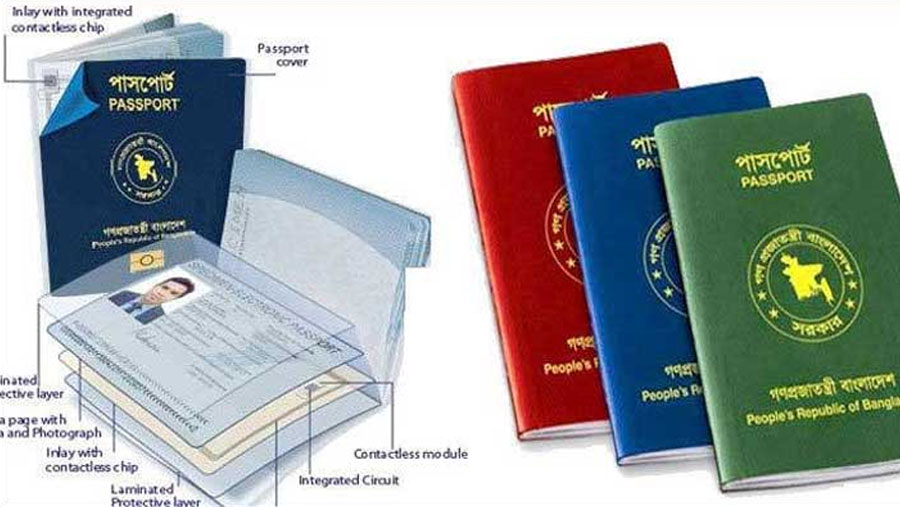 In his message, President Md. Abdul Hamid said Father of the Nation Bangabandhu Sheikh Mujibur Rahman dreamt to put Bangladesh at a prestigious position in the world and the government is working sincerely to fulfill his dream.

Passport is an indicator of status and an important document for a country or nation abroad, he said, adding that in the era of globalization, people have to travel to different countries for various reasons, including official visits, employment, education and research.

The President said he thinks that issuing e-passports, instead of machine readable passports (MRPs), is a modern and time befitting initiative, which will help ensure civic amenities and free movement of the country’s people.

Marking the Mujib Year, Abdul Hamid said reaching e-passports to the country’s people is a milestone in building ‘Shonar Bangla’ dreamt by Father of the Nation, which puts the nation at a prestigious position.

“I do believe that the Department of Immigration and Passports will perform its duty sincerely and honestly to reach its services to people in a quickest possible time.

Prime Minister Sheikh Hasina, in her message, said she is highly delighted to know that e-passports, which includes modern technology, is going to be issued to people and welcomed the modern service-oriented initiative.

She said Father of the Nation Bangabandhu Sheikh Mujibur Rahman established the Department of Immigration and Passports in 1973, while the government is working sincerely to build a developed and prosperous Bangladesh by implementing its “Vision 2021 and Vision 2041”.

The Awami League government digitalised all the activities of Department of Immigration and Passports and set up 69 passports offices in 64 districts, 33 immigration check-posts and passports and visa wings at 75 missions abroad aiming to reach the passport, visa and immigration services at the doorsteps of people, the premier said.

In 2010, she said, the government took the Machine Readable Passports (MRP) and Machine Readable Visa (MRV) Project and the MRPs were so far issued to about 2.7 crore Bangladeshi citizens, while MRVs to 15 lakh foreigners.

Sheikh Hasina went on saying: “Keeping pace with the developed world, we are going to introduce e-passport with a view to modernising immigration service. E-gate is going to be incorporated with e-passport. Once e-passport and e-gate are introduced, the immigration and passport services will be easier, smooth and international standard ones.”