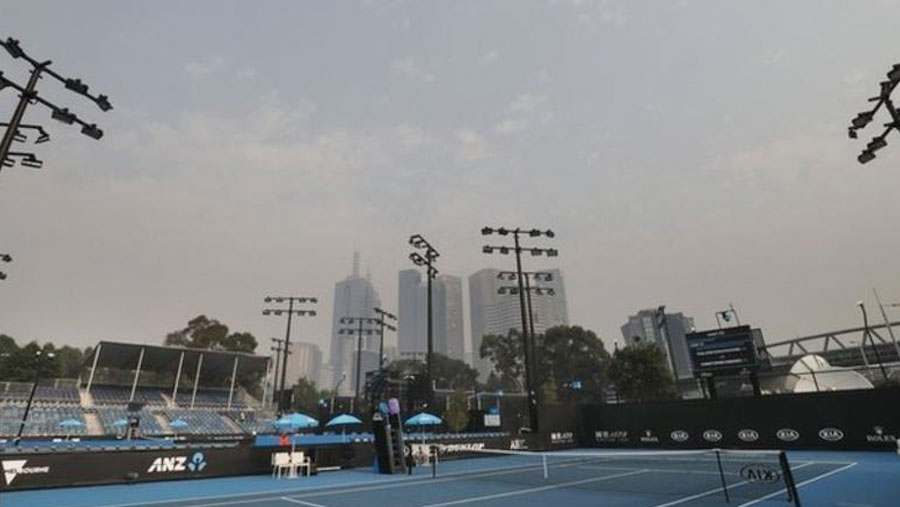 Australian Open qualifying was cancelled on Wednesday after delays because of the "very poor" air quality from ongoing bushfires in the country and then rain. Play was delayed by three hours after the air quality was rated "unhealthy".

Matches began at 13:00 local time (02:00 GMT) but were later suspended for the day because of heavy rain.

On Tuesday, Slovenia's Dalila Jakupovic had to be helped off court after retiring from her match.

Air quality in the city was rated as moderate by late afternoon.

At least 28 people have died and an estimated 10 million hectares (100,000 sq km) of land in Australia has burned since July.

The Rally for Relief exhibition match - featuring Roger Federer, Rafael Nadal and Serena Williams, with all money raised being donated to the bushfire relief fund - is scheduled to take place at Rod Laver Arena on Wednesday night.