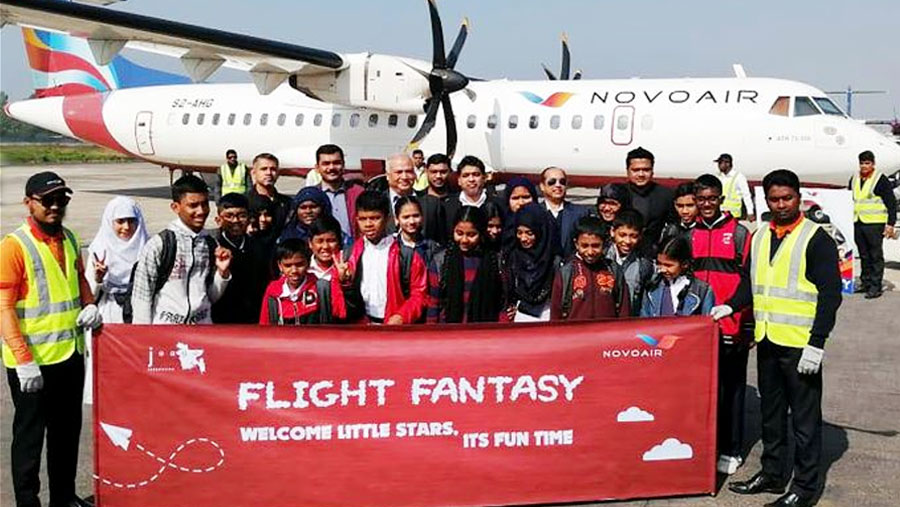 NOVOAIR, on e of the leading private airlines in the country, is fulfilling the dream of under privileged children by offering a free air travel. NOVOAIR took 20 children of different ages to Cox's Bazar on Tuesday.

The airline started their journey to Cox's Bazar with the kids on a flight from Dhaka at 8 a.m. and returned to Dhaka at 5:40 p.m. The children spend a delightful time at Cox's Bazaar, the world's longest beach, and the radiant fish world.

Tamjid Islam, a student of class-five describing his dream by “I never imagined about traveling to the longest beach by aircraft. Thanks to NOVOAIR for fulfilling my dream.”

Umme Habiba said, “it was a great feeling to be flying over the clouds. We played on the beach, went to the fish world and saw many different varieties of fish. This trip is like a dream comes true for me”.