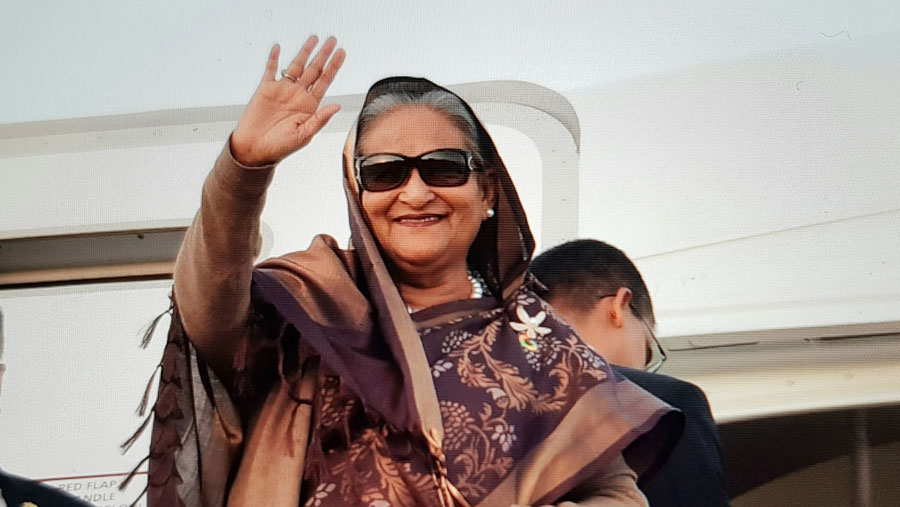 Bangladesh Ambassador to the UAE Muhammad Imran saw the premier off at the airport, local media reported.

During her visit to the UAE, the PM attended the “Abu Dhabi Sustainability Week” and “Zayed Sustainability Prize” ceremony at the ICC Hall of the Abu Dhabi National Exhibition Centre (ADNEC) on Monday morning.

Besides, a team of eminent UAE businesspeople also called on the PM.

An addendum to the previous MoU was signed between Emirates National Oil Company (ENOC), UAE, and the Ministry of Power, Energy and Mineral Resources, Bangladesh in the presence of Prime Minister Sheikh Hasina the same day.

Later in the evening, the premier joined a conference of nine Bangladeshi envoys working in the Middle Eastern countries at her place of residence at Hotel Shangri-La in Abu Dhabi.

On Tuesday afternoon, Managing Director of Saudi Aramco, a Saudi Arabian national petroleum and natural gas company based in Dhahran, and Chairman of ACWA Power, Saudi Arabia’s utility developer, paid call on Sheikh Hasina at the bilateral meeting room at her palace of residence.

The premier later attended an interview session on “The Critical Role of Women in Delivering Climate Action” at Hall-11, the ADNEC.