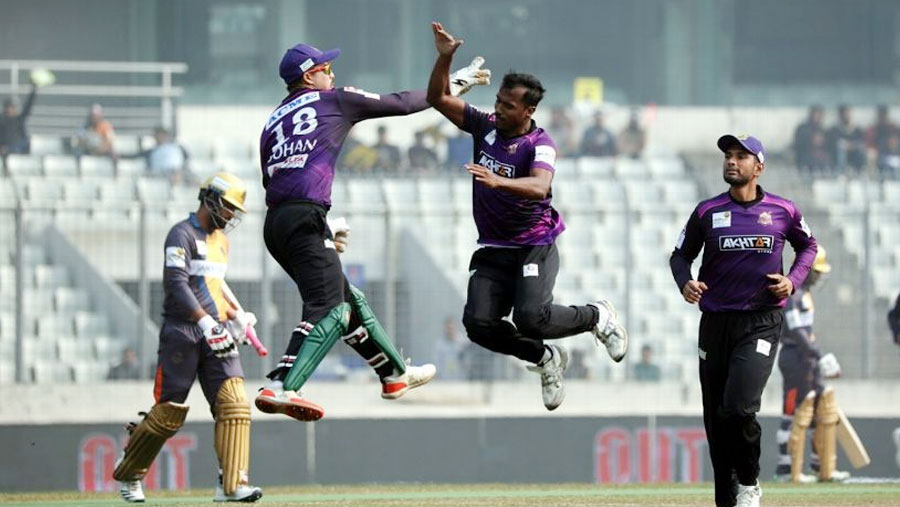 Chattogram Challengers ensured themselves a second crack at the Bangabandhu BPL final, after they beat Dhaka Platoon by seven wickets, in the Eliminator match.

Rayad Emrit, Rubel Hossain and Nasum Ahmed set up their win, picking up seven wickets in the first 12.4 overs, before Imrul Kayes and Mahmudullah completed the chase with 14 balls to spare.

Chris Gayle played the anchor role for a change as Ziaur Rahman and Kayes hit five sixes and four boundaries between them, to power Chattogram to 91 in the first 12.3 overs, before Mahmudullah hammered four sixes in his unbeaten 34 off just 14 balls to complete the chase.

But Chattogram would have to thank their bowlers for restricting Dhaka to a middling 144 for 8 in 20 overs, which ultimately gave them the easy chase.