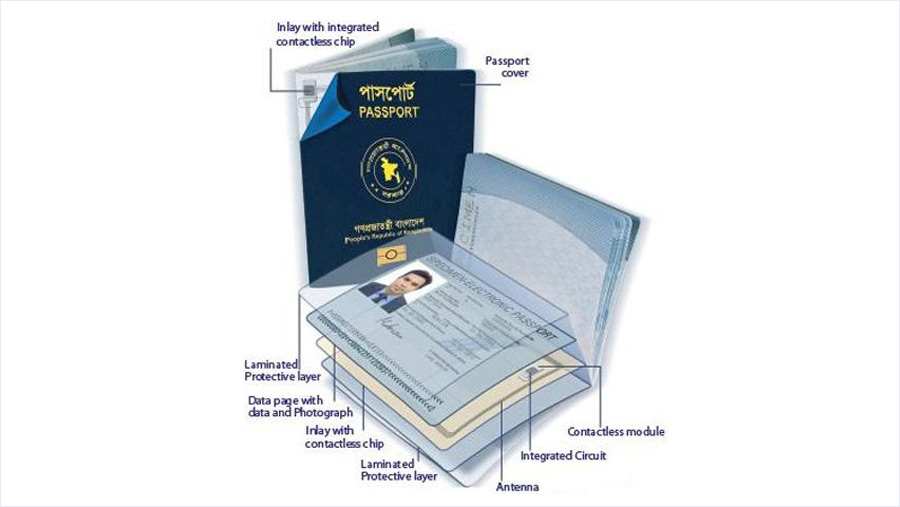 Distribution of the e-passport (electronic passport) is set to start from Jan 22 as the authorities have completed its preparation and formalities to the enter e-passport era.

“We are working to launch e-passport on Jan 22,” Director General (DG) of Department of Immigration and Passports (DIP) Major General Shakil Ahmed told media in Dhaka on Sunday (Jan 5).

Prime Minister Sheikh Hasina is expected to launch the e-passport at a programme to be held at Bangabandhu International Conference Centre (BICC) on Jan 22, said Shakil Ahmed.

He said initially the DIP will distribute e-passport from Agargaon, Jatrabari and Uttara passport offices and later, e-passport will be distributed in phases from DIP offices across the country.

Renowned German company Veridos GmbH has been working on e-passport and e-gate in the country, he said, adding that efforts are underway to make immigration process flawless with introduction of the e-passport.

According to the International Civil Aviation Organization (ICAO), there are more than 100 States and non-state entities (i.e. United Nations) currently issuing e-Passports, and over 490 million e-Passports are in circulation.

E-passports add a layer of security to traditional non-electronic passports by embedding an electronic chip in the passport booklet that stores the biographical information visible on page 2 of the passport, as well as a digital security feature.

The DIP is implementing the project from July, 2018 to June, 2028, with full government funding. A total of 30 million passports will be delivered in 10 years.

With issuing the e-Passport the whole process of the immigration formalities will be completed through online.

The DIP and Germany Veridos signed an agreement on Jul 19 in 2018 for electronic passports alongside machine-readable ones.