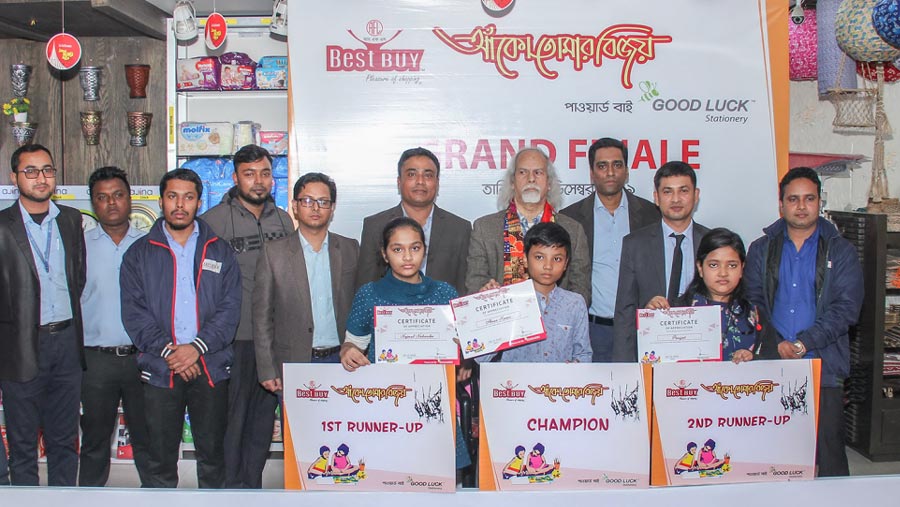 Best Buy, retail chain-shop of RFL Group, awarded the winners of ‘Ako Tomar Bijoy’, an art competition organized on the occasion of the Victory Day. Veteran artist Biren Shome handed over the prizes among the winners through a program held at Best Buy outlet at Uttara-14 in the city on Dec 28.

Abrar Hasin Arabi of Dhaka was judged as the champion of the competition. He received Tk 40,000 as prize money. Nozom Ul Olama and Parijat Chandra won second and third prizes respectively. They were awarded with Tk 20,000 and 10,000 respectively. Therefore, 37 participants got one thousand taka cash voucher each.  ‘Good Luck’, popular stationery brand of RFL, was the co-sponsor of the campaign.

Best Buy arranged the campaign for the third times. A total of 1200 participants across the country submitted their drawings from Nov 5 to Dec 5 last year.

From the drawings, 40 participants had been selected for grand finale. After the competition at grand finale, three winners were selected as first, second and third positions.