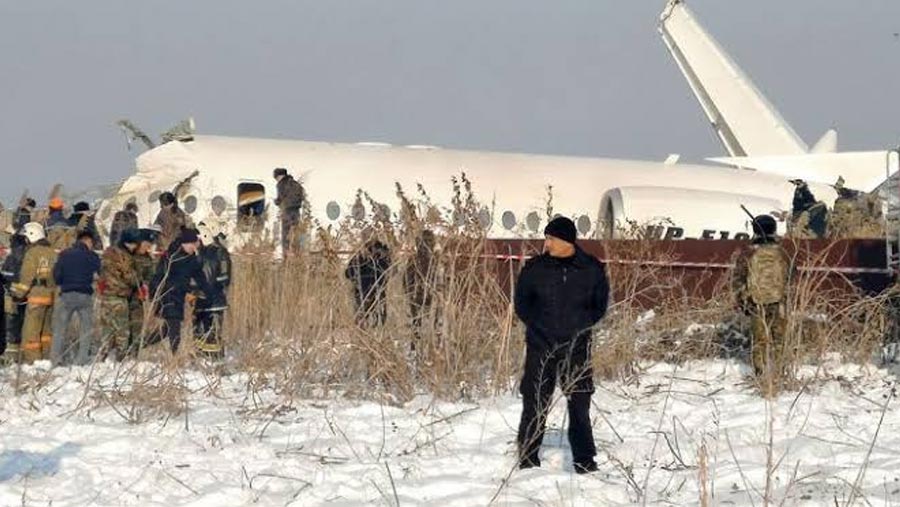 A passenger plane has crashed in Kazakhstan, killing at least 15 people.

Officials say the aircraft from Bek Air - a Kazakh airline - went down shortly after taking off from Almaty airport on Friday morning local time, smashing into a building.

At least 60 injured people, including children, were taken to hospitals.

Flight Z92100 was en route from Almaty, Kazakhstan's largest city, to the capital Nur-Sultan. The cause of the crash is not known.

A Reuters reporter close to the scene said there was heavy fog at the time.