President urges teachers not to compromise on ideals 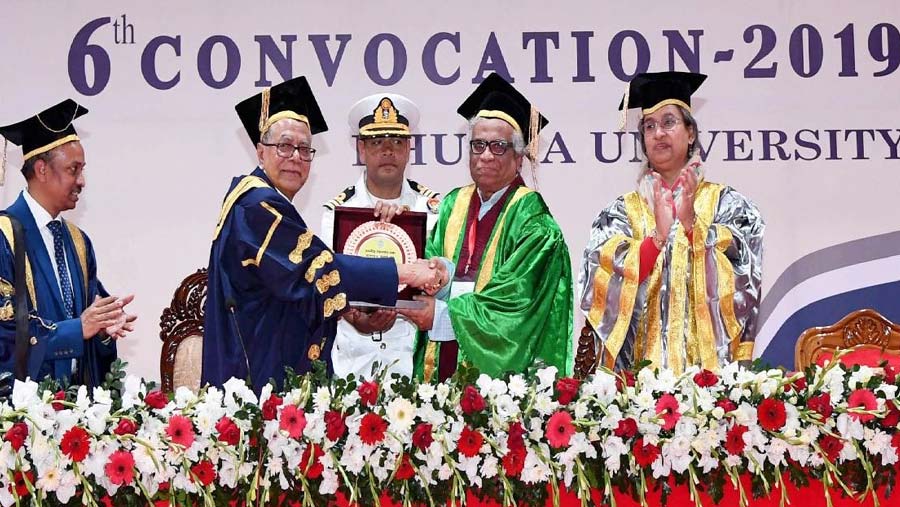 President Md. Abdul Hamid on Sunday (Dec 22) urged teachers not to compromise on their ideals, and devote themselves more to acquiring knowledge and disseminating those among their students.

"When teachers move away from their great ideals, it creates a negative impact on students. The nation, therefore, expects the teachers to devote themselves to acquiring and disseminating knowledge remaining firmly stuck to their great ideals," he said.

The President said this while delivering speech at the 6th convocation of Khulna University on its campus, local media reported.

Terming universities the centres of hope and aspiration of the country and the nation, he said the universities should create new knowledge and utilise that for the welfare of mankind.

Saying that higher education and research are interrelated, the President stressed the need for conducting international standard research as their research works can be used for the welfare of people.

Before attending the convocation programme, the President inaugurated a mural of Bangabandhu Sheikh Mujibur Rahman titled ‘Kaljoyee Mujib’ (Ever Victorious Mujib) near the main gate on the campus, marking the birth centenary of Bangabandhu.

The university campus wore a festive look amid the huge presence of its students and their guardians.

Academic and administrative buildings, residential halls and the Vice-Chancellor’s residence were illuminated on the occasion.

Besides, 23 students were awarded gold medals from different disciplines.

Secretaries concerned to the President were present at the ceremony.