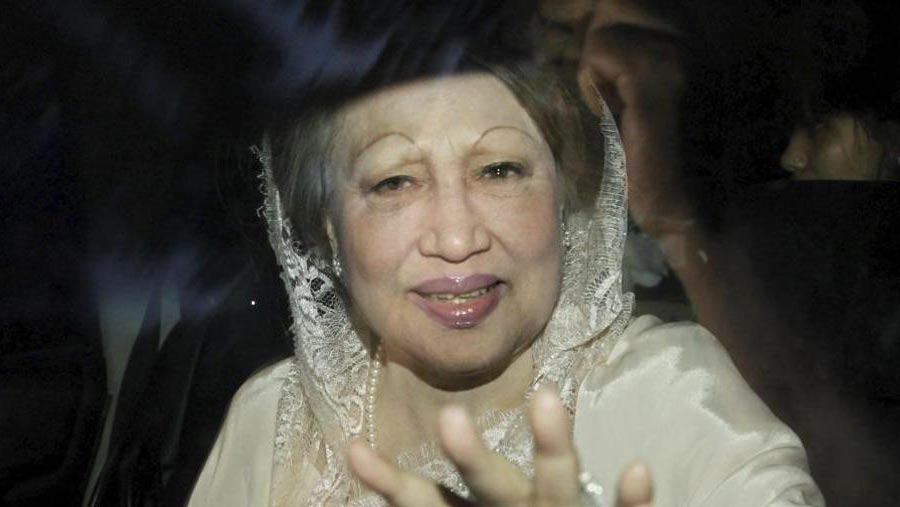 “The petition is dismissed,” the court announced.

On Dec 5, the top court deferred the hearing until Dec 12 and asked the medical board formed to treat Khaleda to submit a report on her health condition.

The bench, led by the Chief Justice, passed the order after Attorney General Mahbubey Alam sought time to file the report.

On Nov 28, the bench deferred the hearing on the bail petition until Dec 5. It also asked the medical board to submit a health report before the court on Dec 5.

Khaleda moved the apex court on Nov 14 challenging a High Court Division order that had turned down her bail petition in the Zia Charitable Trust corruption case.

The High Court on Sep 11 rejected her bail petition. Khaleda’s bail plea had been turned down twice before – on Jul 31 and Sep 3.

On Aug 8, 2011, the Anti-Corruption Commission filed the Zia Charitable Trust case with Tejgaon police against four people, including Khaleda. They were accused of abusing power in raising funds for the trust from unknown sources.

A special court jailed the BNP chief and three others for seven years in the case on Oct 29 last year. Khaleda later moved the High Court.

The former prime minister has been in jail since Feb 8 last year after she was sentenced to five years’ imprisonment in a separate corruption case.

She is currently being treated at Bangabandhu Sheikh Mujib Medical University. Her party has been accusing the government of not providing adequate treatment facilities to Khaleda.