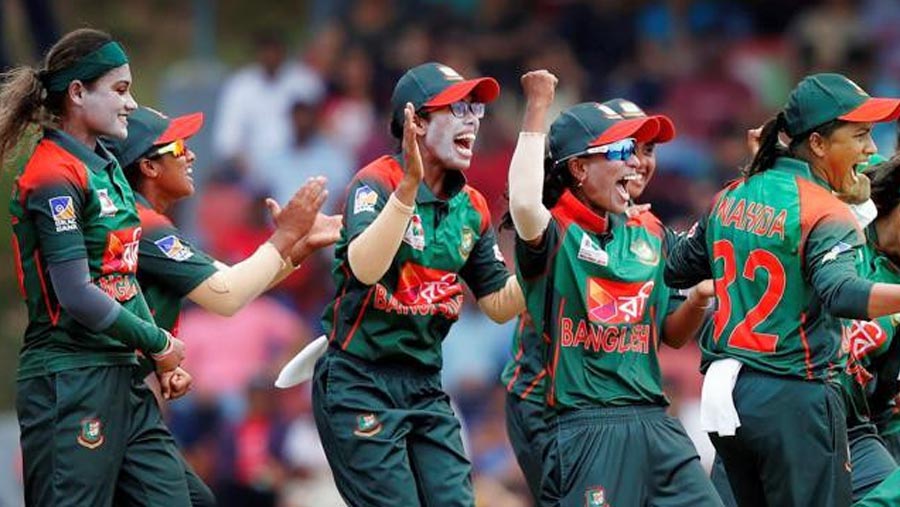 Two consecutive wins help the Tigresses to put a big step forward to the final of the event.

In Wednesday’s game, Bangladesh won the toss and sent Nepal to bat first. The hosts failed to come with a dismal display with the bat as they fell all-out only for 50 in 19.2 overs.

Only three of their batters have reached two-digit scores, with the best score of 13 by captain Rubina Chhetry while four of Nepal’s 11 batters failed to score anything.

Rabey Khan was imperious with the ball as she bowled four overs and conceded only eight runs and bagged four wickets in her debut for the national team. Pace-bowler Jahanara Alam scalped two wickets as well.

In reply, Bangladesh Women chased down the target of 51 runs in 7.4 overs without losing a wicket. Openers - Murshidha Khatun and Ayesha Rahman - remained unbeaten for 23 and 26 respectively.

The Bangladesh women will face the Maldives on Thursday at the same venue.

Maldives played one match and lost that to the hosts Nepal by 10 wickets.