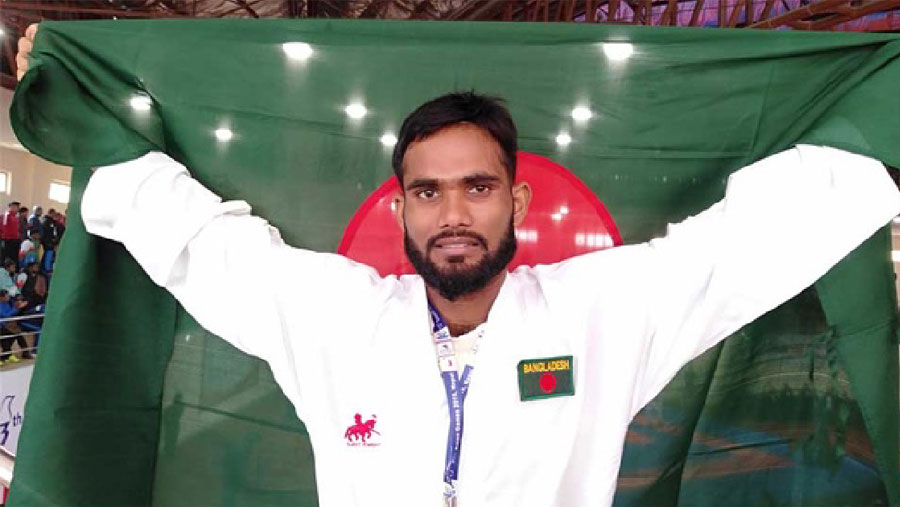 Bangladesh won the second gold medal in the 13th South Asian Games in Nepal on Tuesday (Dec 3) as Al Amin, a member of Bangladesh Army, secured it  in Men’s Single Karate 60 kg category.

Bangladesh clinched one gold and twelve bronze medals on Monday. However, they failed to manage a good start in men’s football as they lost to Bhutan 0-1 in the opening game.