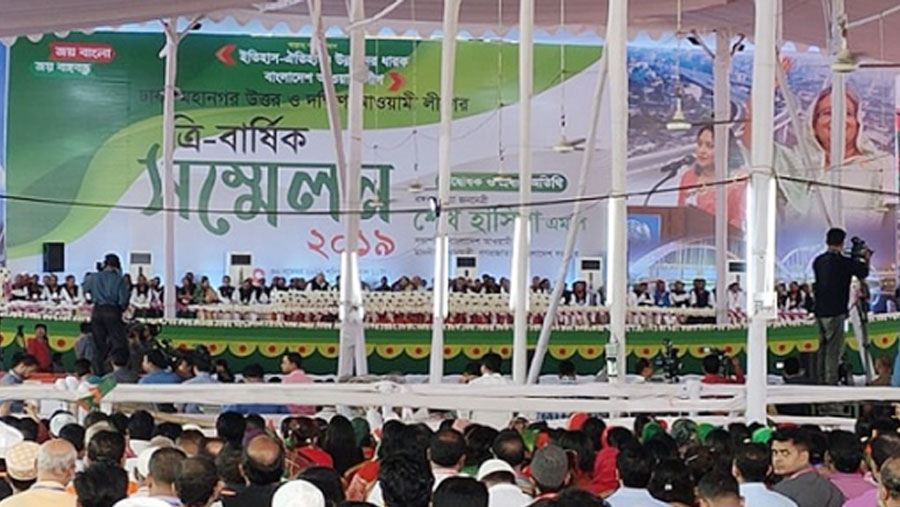 Prime Minister Sheikh Hasina has inaugurated the triennial council of Dhaka North and South City units of Awami League. Sheikh Hasina, also the Bangladesh Awami League President, opened the council as the chief guest by hoisting the national flag as well as releasing pigeons and balloons at the historic Suhrawardy Udyan in Dhaka this morning.

The second session of the councils will be held in the afternoon at the Institute of Engineers, Bangladesh to elect new leadership, local media reported.

The last council of undivided Dhaka City Awami League was held on Dec 27, 2012.