PM flies to Spain on Sunday to join COP25 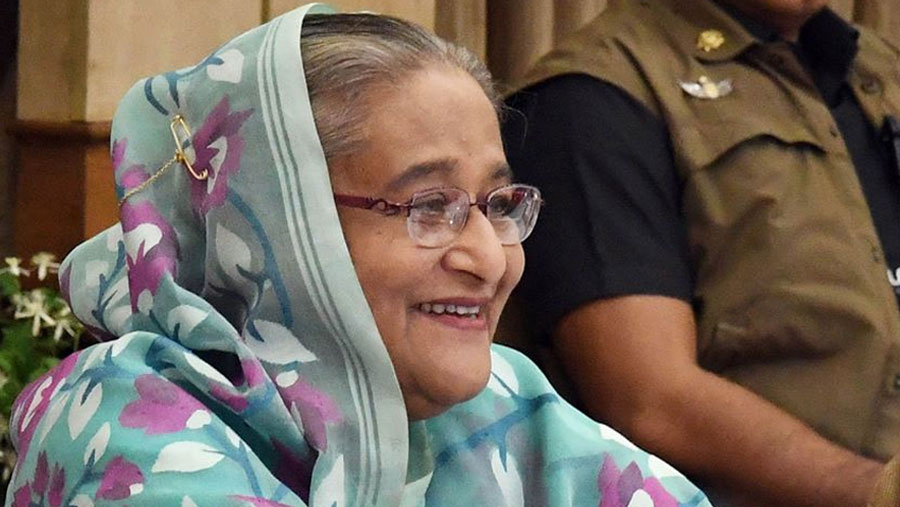 Prime Minister Sheikh Hasina is set to leave Dhaka for Madrid on Sunday (Dec 1) on a three-day official visit to Spain to join the “Heads of State and Government Summit” of the 25th Annual Conference of Parties (COP25).

The COP25 of the United Nations Framework Convention on Climate Change (UNFCCC) will be held on Dec 2-13 in Madrid under the Presidency of Chile and with logistical support from Spain.

The flight is scheduled to land at Madrid Torrejon Airport.Ambassador and Permanent Representative of Bangladesh to the World Tourism Organization Hassan Mahmood Khandker will receive the prime minister at the airport.

After the reception at the airport, a ceremonial motorcade will escort the prime minister to Hotel Villa Magna in Madrid where she will be staying during her visit to Spain.

On Monday morning, the PM will attend the inaugural ceremony of the COP25 at Feria de Madrid, the largest exhibition complex in Spain and one of the most important venues in Europe.

Later, she will join the Working Session of the COP25 and hold a bilateral meeting with Dutch Prime Minister Mark Rutte.

Sheikh Hasina will attend the official luncheon and will again join the Working Session in the afternoon.

She is expected to hold a bilateral meeting with Spanish President Pedro Sanchez.

The PM will join a reception to be hosted by the King and the Queen of Spain at Royal Palace on Monday evening.

Wrapping up her three-day tour, Sheikh Hasina will depart from Madrid for Dhaka by a Biman Bangladesh Airlines flight on Tuesday (local time).

The flight is scheduled to land at Hazrat Shahjalal International Airport in Dhaka on Wednesday.

The President-Designate for the conference is Ms. Carolina Schmidt Zaldivar, Minister of Environment of Chile.

The conference is designed to take the next crucial steps in the UN climate change process. Following agreement on the implementation guidelines of the Paris Agreement at COP 24 in Poland last year, a key objective is to complete several matters with respect to the full operationalization of the Paris Climate Change Agreement.

The conference was planned to be held in Brazil in November 2019, but a year before its planned start, newly-elected President Jair Bolsonaro withdrew the offer to host the event, citing economic reason.

Then Chile stepped up and became the new host, but social unrest in the lead up to the meeting forced it late October 2019 to withdraw from hosting.

Then by mutual agreement between the UN, Chile, and Spain, the latter became the new host.