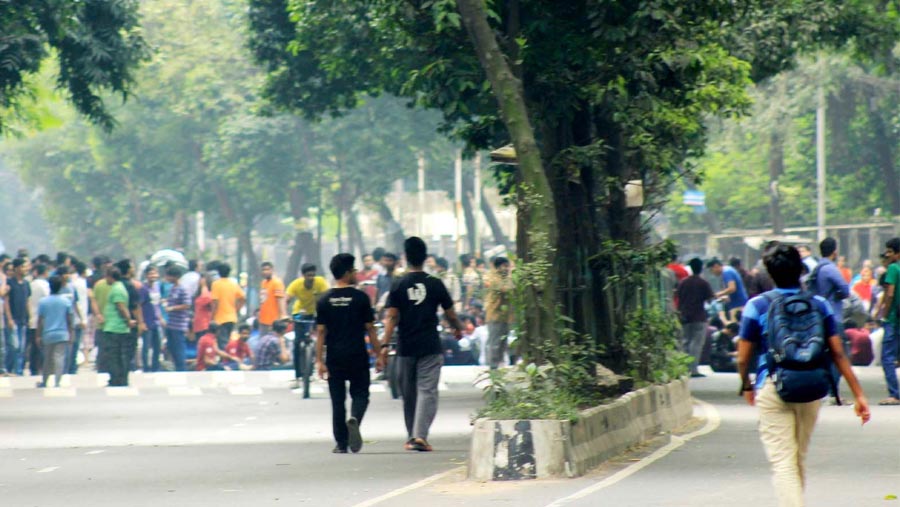 Bangladesh University of Engineering and Technology (BUET) on Thursday (Nov 28) expelled 26 students on different terms — nine of whom were expelled from their respective dormitories for life — over ragging allegations. The punishment includes academic suspension, local media reported citing BUET authority.

Students have been boycotting classes to press home their various demands following the grisly murder of Abrar Fahad, a second-year student of Electrical and Electronic Engineering, at the Sher-e-Bangla Hall on Oct 6. The university authorities have since been gradually implementing the demands of the disgruntled students, which include punishment for those involved in ragging.

On Nov 22, the disciplinary board of BUET expelled 26 students over the murder of Abrar based on a report by a committee formed by the authorities to investigate the killing. It also suspended six other students for different terms for breach of rules.

The protesters postponed demonstrations on Oct 15 when the authorities met some of their demands after accepting all, but the students did not return to classes as some other demands were yet to be fulfilled.

After police submitted the charge sheet, the protesters set three conditions for withdrawing the strike, including permanent expulsion of those named in the charge sheet.

They also demanded punishment of those involved in previous ragging incidents on the campus and inclusion of the ban on politics in the university’s ordinance.