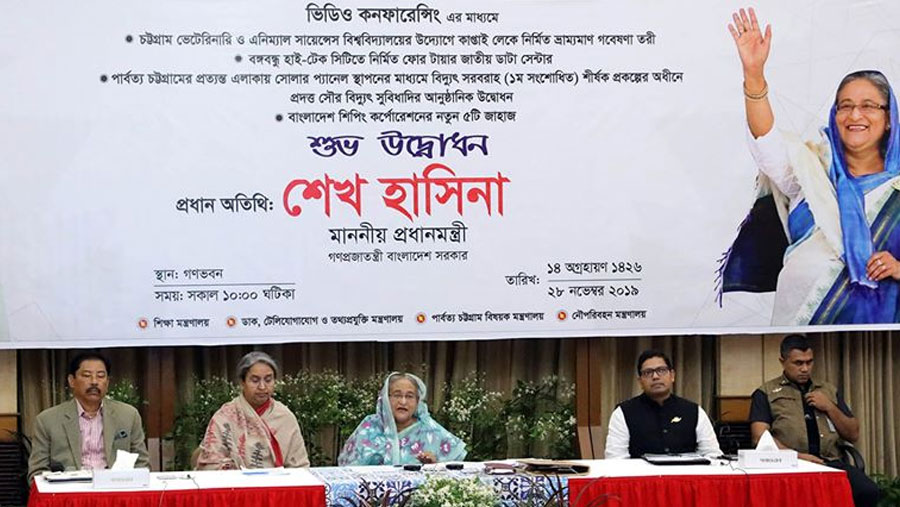 Prime Minister Sheikh Hasina on Thursday (Nov 28) inaugurated the National Data Centre that appears as world’s seventh largest such ICT facility. She said it's a step forward towards building the Digital Bangladesh.

“We elevated our status one step ahead towards Digital Bangladesh,” she said while opening the four-tier National Data Centre at Bangabandhu High Tech City in Gazipur on the outskirts of the capital through video conference from her official Ganabhaban residence in Dhaka, local media reported.

The premier said data preservation was of crucial importance for a country’s advancement while the centre was built as part of her ruling Awami League’s election manifesto to build Digital Bangladesh.

She said Bangladesh so far was dependent on foreign ICT facilities abroad requiring the country to spend a huge amount of money from the national exchequer while the centre would save the amount and simultaneously generate income for the government.

The construction of the National Data Centre began in 2016 on 7 acres of land with a space of two lakh square feet with Chinese financial and technical assistance.

The centre by now obtained a certificate from the USA’s Uptime Institute, an organisation best known for its ‘Tier standard’ and the associated certification of data centre compliance with standards.

The opening of the centre came at a ceremony which simultaneously saw installation of solar panels in parts of Chattogram Hill Tracts, commissioning of five new ships of Bangladesh Shipping Corporation and a research vessel with a particular goal to promote fisheries.

The ship was built at the initiative of Chattogram Veterinary and Animal Sciences University to operate in Kaptai lake in Rangamati.

The premier said her government took initiatives for building Digital Bangladesh after assuming office in 2009.

“In true sense of the term, we could build the Digital Bangladesh by now,” she said.

Sheikh Hasina said as part of the initiative, as many as 28 high-tech parks were now being built at different parts of the country while the steps now made available computers and laptops even at village homes.

Sheikh Hasina also referred to setting up of digital centres across the country and launching of Bangabandhu Satellite-1 adding “these initiatives are now generating employment”.

The premier blamed heavily on the then BNP-Jamaat government saying they virtually prevented the digitization campaign.