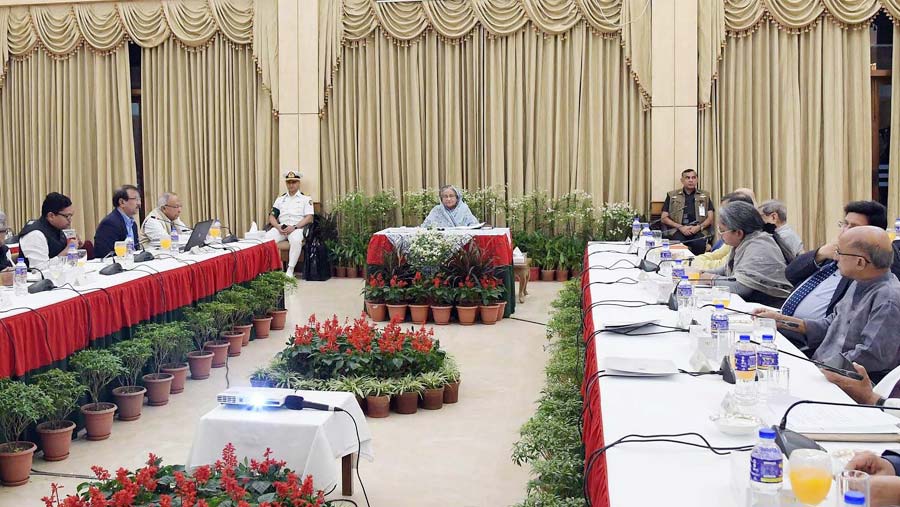 Prime Minister Sheikh Hasina announced this while chairing a preparatory meeting on celebration of the birth centenary of the Father of the Nation held at Ganabhaban in Dhaka on Wednesday (Nov 27) evening, local media reported.

Speaking at the meeting, Education Minister Dr Dipu Moni said the UNESCO took the decision unanimously to celebrate “Mujib Barsho” jointly with Bangladesh at the plenary session of its 40th General Assembly held in the UNESCO Headquarters, Paris on Nov 25.

The education minister said UNESCO Secretary General Audrey Azoulay and General Assembly President Altay Cengizer as well as chairpersons of different committees and commissions were present at the plenary session.

It was informed at the preparatory meeting on celebration of the birth centenary of the Father of the Nation that the opening ceremony of the yearlong national programmes on “Mujib Barsho” will be held at the National Parade Square in the capital on March 17.

Addressing the meeting, Information Minister Dr Hasan Mahmud said: “The function will have to be linked with our culture and heritage … Bangabandhu is a son of this soil, so it (ceremony) cannot be turned into ‘rangchata’ (variegated) programme.”

Hasan continued: “Our aim is to highlight our culture, and from that outlook, Noor Bhai (Asaduzzaman Noor) and Lucky Bhai (Liakat Ali Lucky) have been given the responsibility (to make the opening function successful)”.

At the outset of the meeting, Chief Coordinator of Father of the Nation Bangabandhu Sheikh Mujibur Rahman Birth Centenary Celebration National Implementation Committee Dr Kamal Abdul Naser Chowdhury highlighted various aspects of the birth centenary programmes of the Father of the Nation through a power point presentation.

He said the inaugural function will begin at 4 p.m. on Mar 17 at the National Parade Square.

He said, “Sraddha Smarak” will be handed over to Prime Minister Sheikh Hasina and Bangabandhu’s younger daughter Sheikh Rehana.

Kamal said President Abdul Hamid and Prime Minister Sheikh Hasina will deliver their speeches at the opening function and later the premier will inaugurate the programmes of the Mujib Barsho.

Besides, he said, some heads of state and government will address the function.