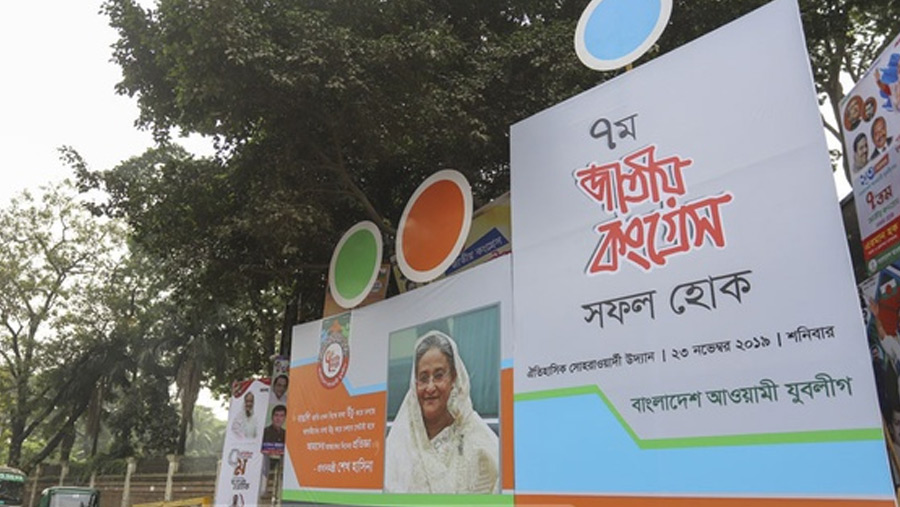 Prime Minister Sheikh Hasina today inaugurated the 7th national council of the Bangladesh Awami Jubo League, an associate body of the ruling Bangladesh Awami League amid festivity and fanfare. The premier opened the council by hoisting the national flag, releasing pigeons and balloons at the historic Suhrawardy Udyan in the city at 11.00 am., local media reported.

As many as 28,000 councilors from 77 organising districts across the country are taking part in the triennial national congress of the Jubo League.

They will elect their new leaders at council session at Institution of Engineers, Bangladesh (IEB) auditorium here in the afternoon.

Shahid Sheikh Fozlul Haque Moni had formed the youth organization Bangladesh Awami Jubo League on Nov 11 in 1972 at the directive of Father of the Nation Bangabandhu Sheikh Mujibur Rahman.