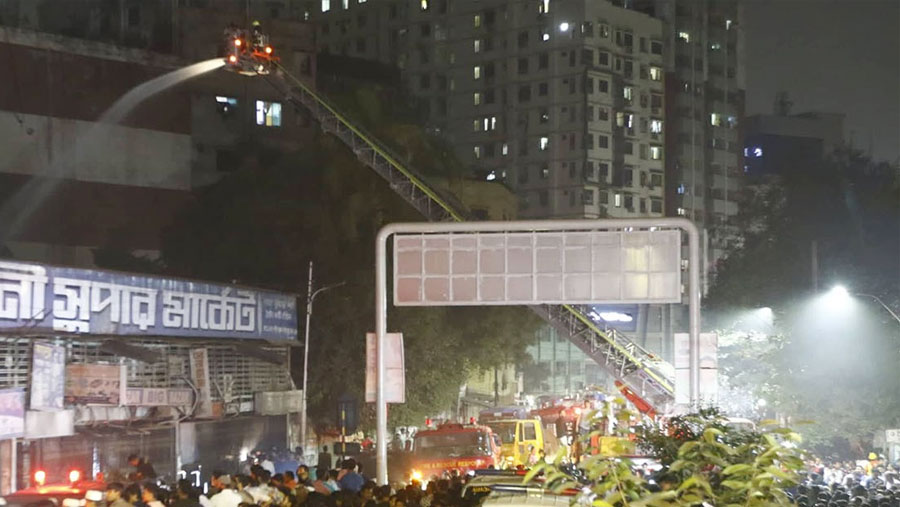 The fire that broke out at Rajdhani Super Market in city’s Tikatuli area on Wednesday (Nov 20) afternoon was brought under control in the evening.

The fire was brought under control around 6.30 p.m. by 25 units of fire-fighters after battling one and half hours, Fire service control room duty officer Palash Chandra told media.

It is assumed that at least 20 shops have been gutted in the fire.

No casualty was reported in the incident.

The fire broke out on the second floor of the market around 5.15 p.m. The reason behind the fire and the extent of damage are yet to be ascertained.