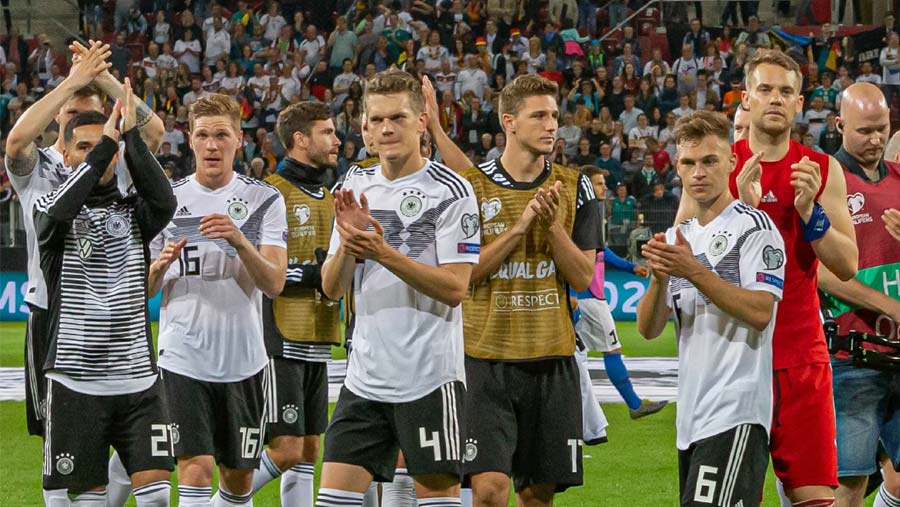 We are just under a year away from the 2020 UEFA European Championship, and teams are already starting to qualify for next summer's tournament. Entering the international break in November, six teams had booked their tickets to the tournament, and that number reached 16 on Saturday (Nov 16).

Croatia, Germany, Netherlands and Austria all qualified. Croatia secured its spot with a 3-1 win over Slovakia, while Germany's 4-0 win over Belarus was enough. The Netherlands clinched despite drawing Northern Ireland, while Austria punched its ticket by beating North Macedonia.

On Friday, it was Finland and Sweden's chance. Finland clinched with a 3-0 win over Liechtenstein, while Sweden did the same with a 2-0 win at Romania.

Earlier in the week, Turkey drew Iceland 0-0 in Istanbul to book its spot, and that result also clinched France's ticket to next year's tournament, with the reigning World Cup champs looked at as one of the heavy favorites. Iceland is now six points behind in third and cannot catch France in the standings. France beat Moldova 2-1 on Thursday. Turkey has now qualified for three consecutive Euros, with its defense being key this time around. The team has allowed just one goal in its last five Euro qualifiers.

Over in Group A, England's 7-0 win over Montenegro was enough to qualify, while Czech Republic defeated Kosovo 2-1 to lock up second place in the group. Harry Kane scored a hat trick for the Three Lions.

No qualification spots are awarded to host nations, and that's because for the very first time the tournament will be played all across Europe. That means each team has to earn the right to participate through Euro qualifying. Some teams will also have a chance through a playoff round that's determined by their play in the UEFA Nations League.