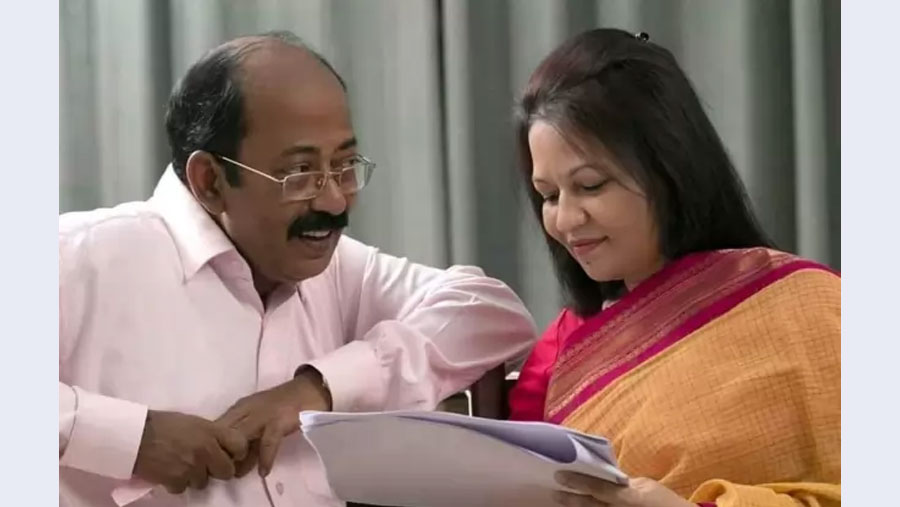 Gultekin Khan, ex-wife of popular late writer Humayun Ahmed, has tied the knot at 56 for the second time with Aftab Ahmad, a government high official.

This is her second marriage, after 16 years of divorce from Humayun Ahmed whom she had married in 1976.

Aftab Ahmed is well-known for his writings and poetry. Aftab also got divorce from his first wife 10 years back.

According to family sources, the couple completed the legal formalities of marriage in a private gathering of their closed ones recently.

Since then, the couple is flooded with good wishes, both from social media and well-wishers.

Gultekin got divorced from Humayun Ahmed in 2003 after the author decided to marry actress, singer Meher Afroz Shawon. Humayun later married Shawon in 2005. Since then, Gultekin had been living both in the USA and Bangladesh and focused on her writing as a poet.

Aftab Ahmad had been a close friend of Gultekin for a long time. Together they wrote a lyrical-drama book titled 'Modhuren', which hit the stall in the 2017 Amar Ekushey Book Fair.